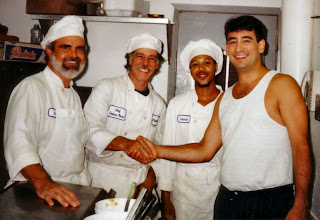 Dom and I first visited New Orleans in 1991 and immediately fell in love with K-Paul’s Louisiana Kitchen. It was our first stop upon arrival into the French Quarter. During that trip, we ate there every day for lunch and Dom even got to help cook his own meal in the kitchen. We visited New Orleans many more times and always re-visited K-Paul’s even after one of its namesakes had passed away. We took Nic with us as a toddler and we (and the wait staff) were wildly impressed when he devoured my entire plate of (very spicy) crawfish étouffée. He started off just tasting from my plate and then sat like a baby bird with his mouth wide-open as we fed him bite after bite until the plate was empty. Good thing we learned to make it at home!

This is the perfect dish to celebrate Mardi Gras as it embodies all the elements of classic Cajun cuisine: roux, crawfish, cayenne pepper, and Cajun mirepoix (also known as “Trinity”); a dish as unique as the city that made it famous!

In a large heavy-bottomed pot, heat the oil until smoking hot, add the flour and stir continually until the mixture (called a roux) reaches a dark reddish brown color.  This can take up to 5 minutes.  Chef Paul Prudhomme used to call this “Cajun napalm” because the steam burns if inhaled directly. It is also very hot and can cause serious burns, so be careful not to allow to splatter.

Reduce heat to medium-low heat and add the chopped onions, bell pepper and celery (known as Cajun trinity) and 1 tablespoon of the spice mix into the roux. Cook until the vegetables are soft and translucent and then allow to cool in the pan while you prepare your rice. Add the stock and bring to a simmer. 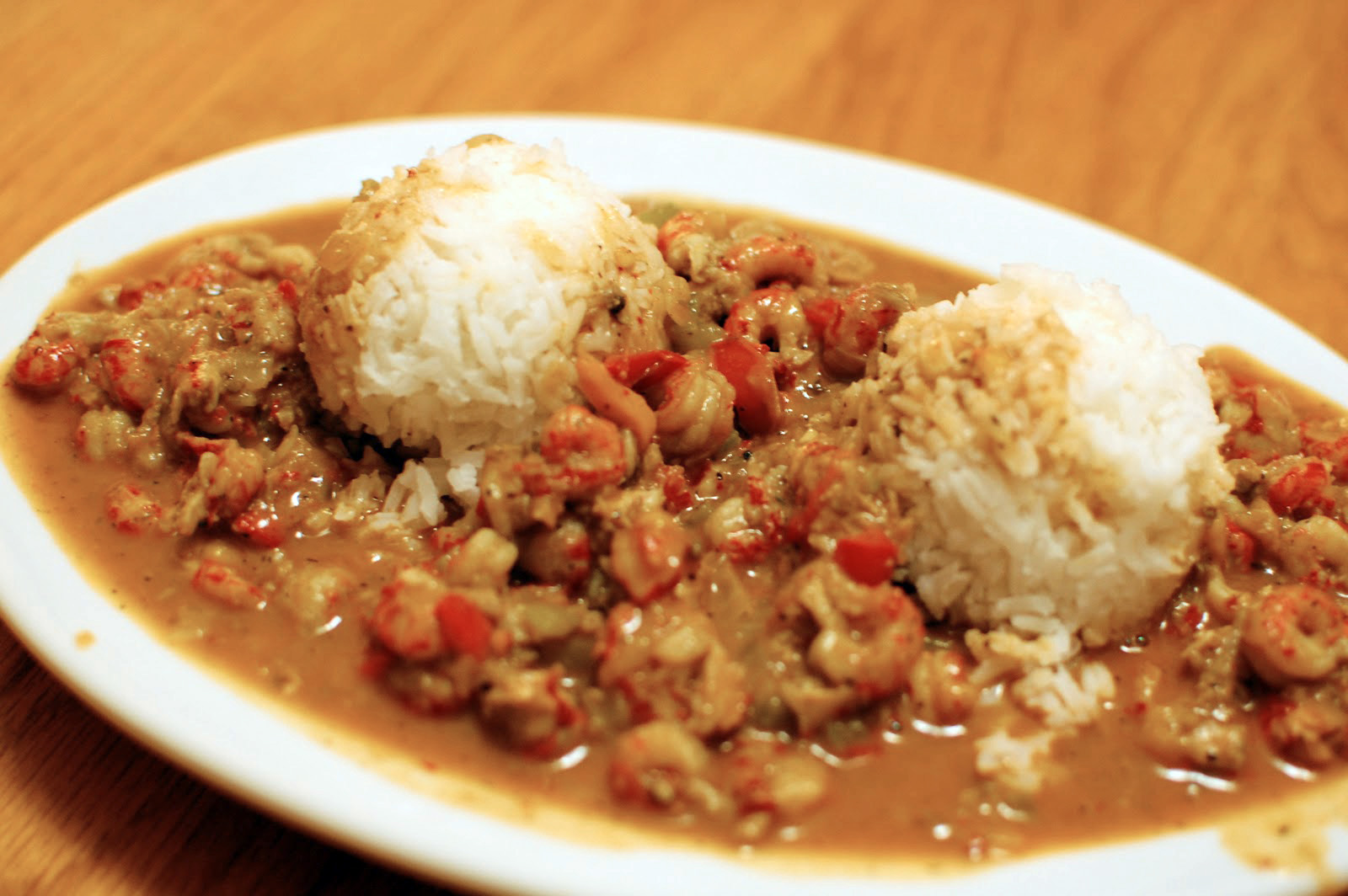 Plate your rice (we use an ice cream scoop) and then ladle the crawfish sauce around the mounds of rice. Garnish with the chopped green onion or chopped parsley and serve with your favorite hot sauces like McIlhenny’s Tabasco or Louisiana Hot Sauce.

Return of the Baby Bird:

We again visited New Orleans in July 2011. While the restaurant has undergone several renovations, it is still very popular. The lunch service is now deli-style with a varying fare of soups, salads and po'boys. Dinner entrees include standards such as jambalaya and blackened fish along with new creations by Executive Chef, Paul Miller. Of course, Dominic ordered the Crawfish Étouffée which he immediately proceeded to devour.We also sampled gumbo, soft-shelled crabs, jambalaya and fried, stuffed flounder. All dishes were perfectly prepared and portions were very generous. We still highly recommend this iconic culinary destination.