The last thing you might expect is a barbeque joint in Buckhead, but that is exactly where the Southern Proper Hospitality group situated theirs. Smokbelly BBQ was created by the same fraternity brothers that created the ever-popular Tin Lizzy’s, The Big Ketch, and Milton’s Cuisine and Cocktails. Occupying the newly renovated Tavern 99, Smokebelly is a restaurant intended to reflect Southern culture as a whole and barbeque in particular. 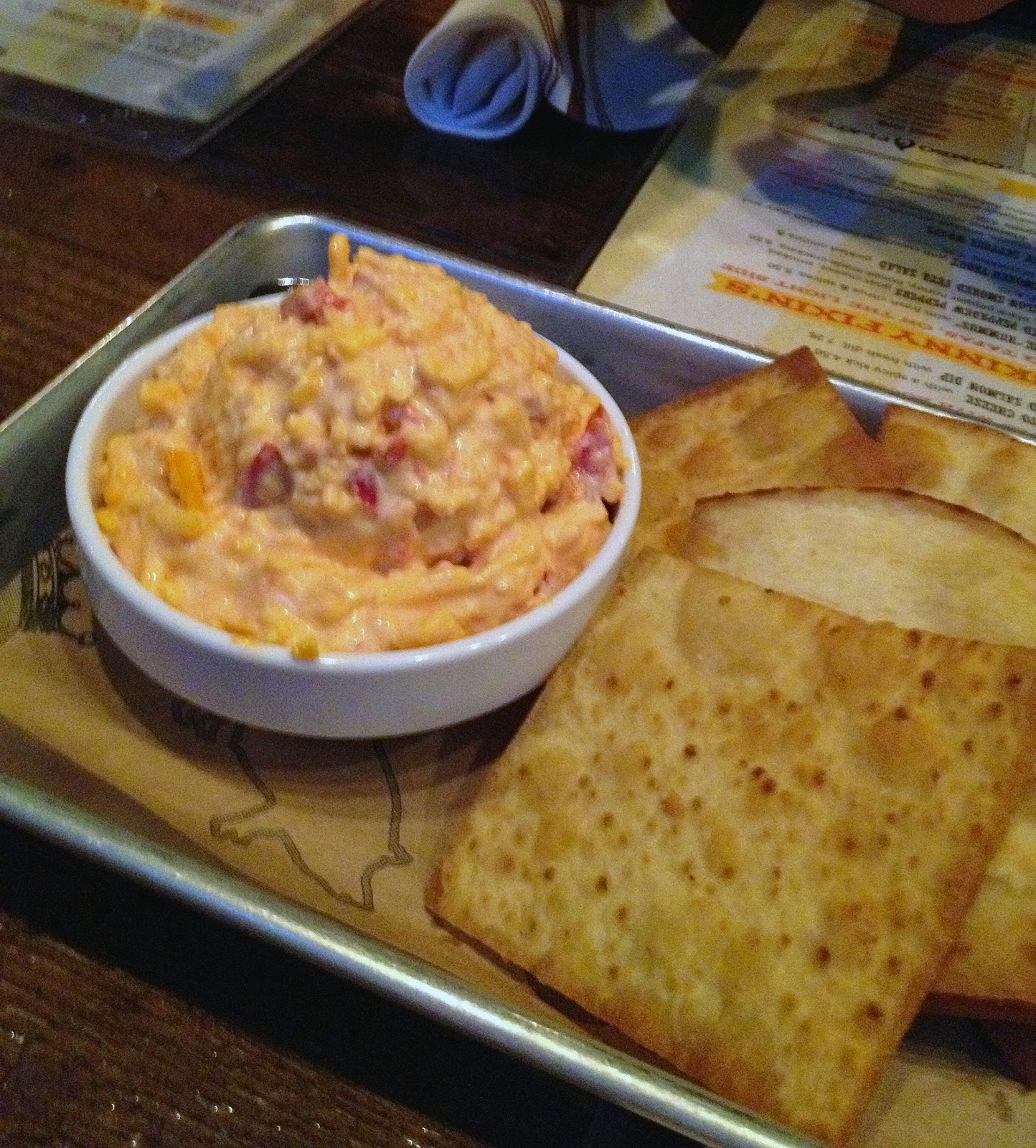 The space is rustic with modern touches. There are two large bars that flank the indoor dining and a stage off to one side for live music performances which take place every Thursday to Saturday.  There’s also a large patio for outdoor dining and enough TVs to watch the game from any angle. The menu is a taste of the South as best described by the owners as “chef crafted ‘cue with soul warming fixings.” “We’ve taken smoking and barbecuing techniques from every region and have combined them into what we feel is the best of all recipes,” Hadermann says. “We draw inspiration from all over.” Their extensive collection of homemade sauces is a prime example; with every conceivable flavor represented including Alabama white sauce, South Carolina “Gold,” and North Carolina vinegar sauce. 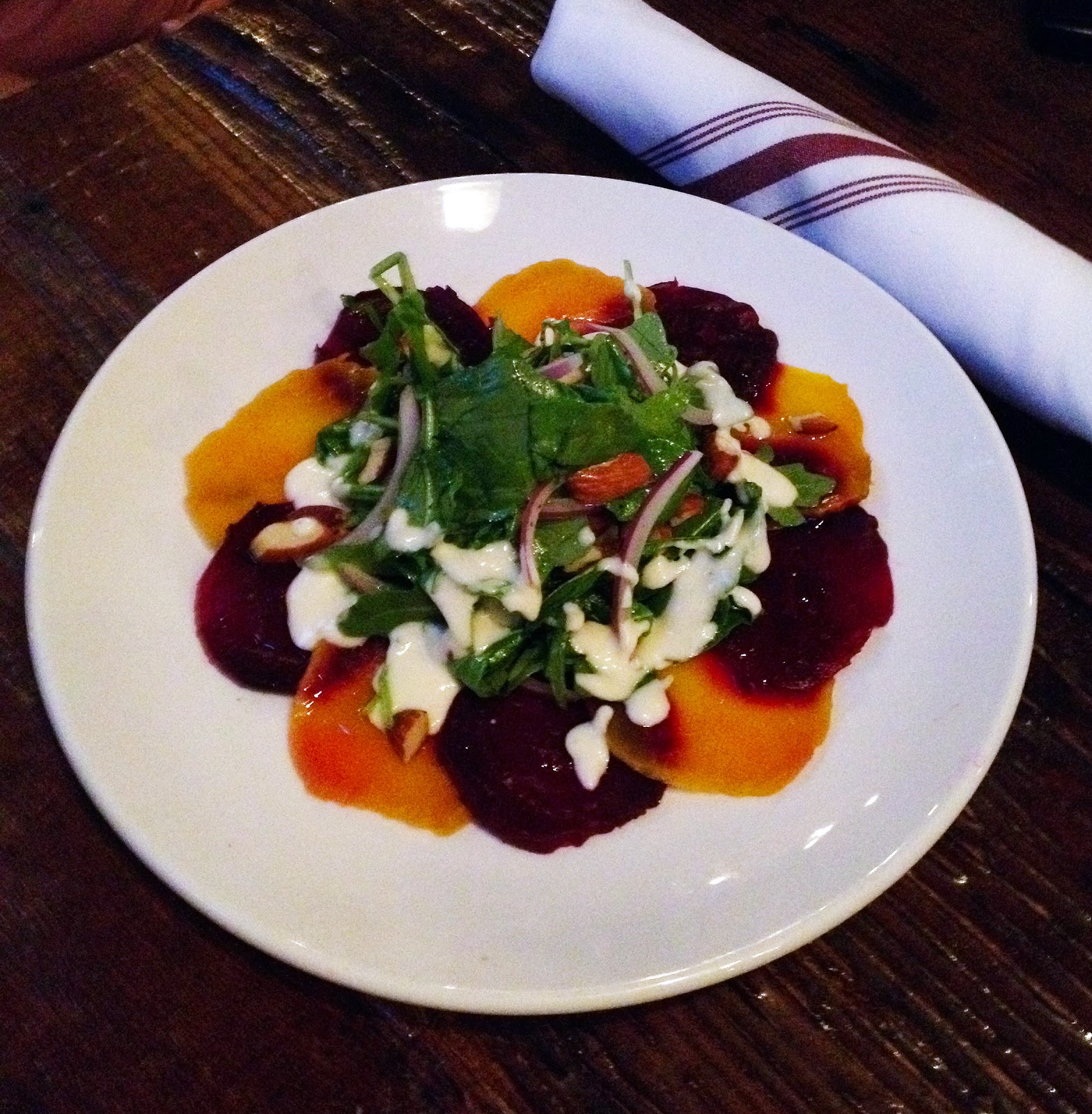 We recently had the pleasure of dining with one of the co-owners, Chris Hadermann who selected dishes for us to experience. We started with original cocktails and Southern snacks, including pimento cheese spread with house-made crackers, pork rinds (which are actually better with the pimento cheese), blistered peppadew peppers, fried pickled okra, and mini sausage corn dogs.

These “snacks” were followed by laden platters of smoked brisket, cherry-cola ribs, turkey, sausage, and pulled pork along with the traditional Southern sides of sweet potato soufflé, Brunswick stew, mac & cheese, and creamy slaw. We also tried seasonal offerings of braised kale and a roasted beet salad. Everything was perfectly cooked and not too smoky (a pet peeve). My personal favorites were the sliced brisket, beet salad and mac & cheese. 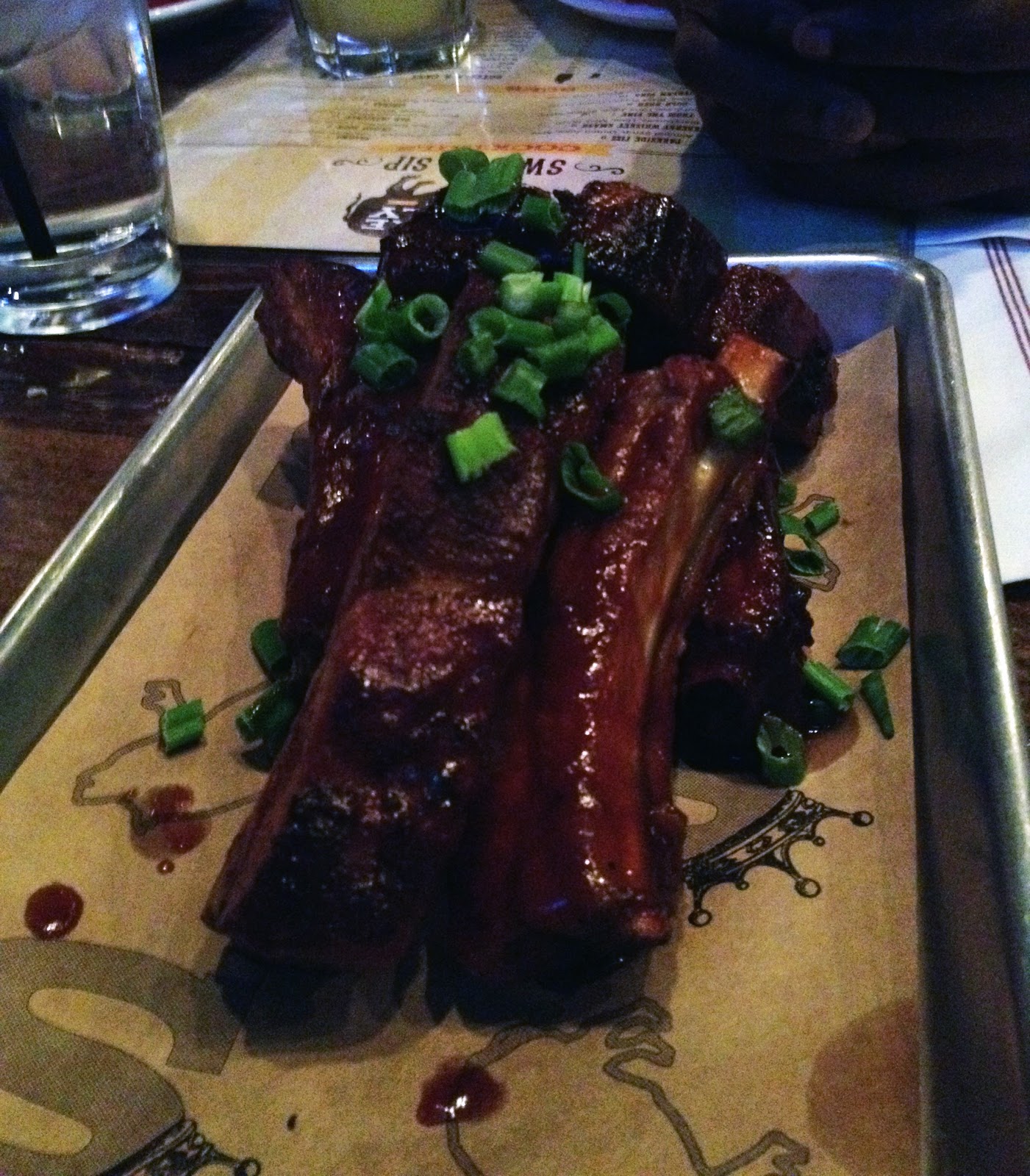 It is clear that Hardermann and his partners have hit a home run with this menu concept and realization. The food and surroundings work in tandem to represent the current South while still paying homage to more traditional Southern trappings.

Smokebelly BBQ is located at 128 East Andrews Drive and is open everyday at 11:30am until 10:00pm on Sunday through Thursday and until 11:00pm on Friday and Saturday making it a wonderful spot to enjoy some ribs with the family or some brew and ‘que while watching your favorite team on the big screen.