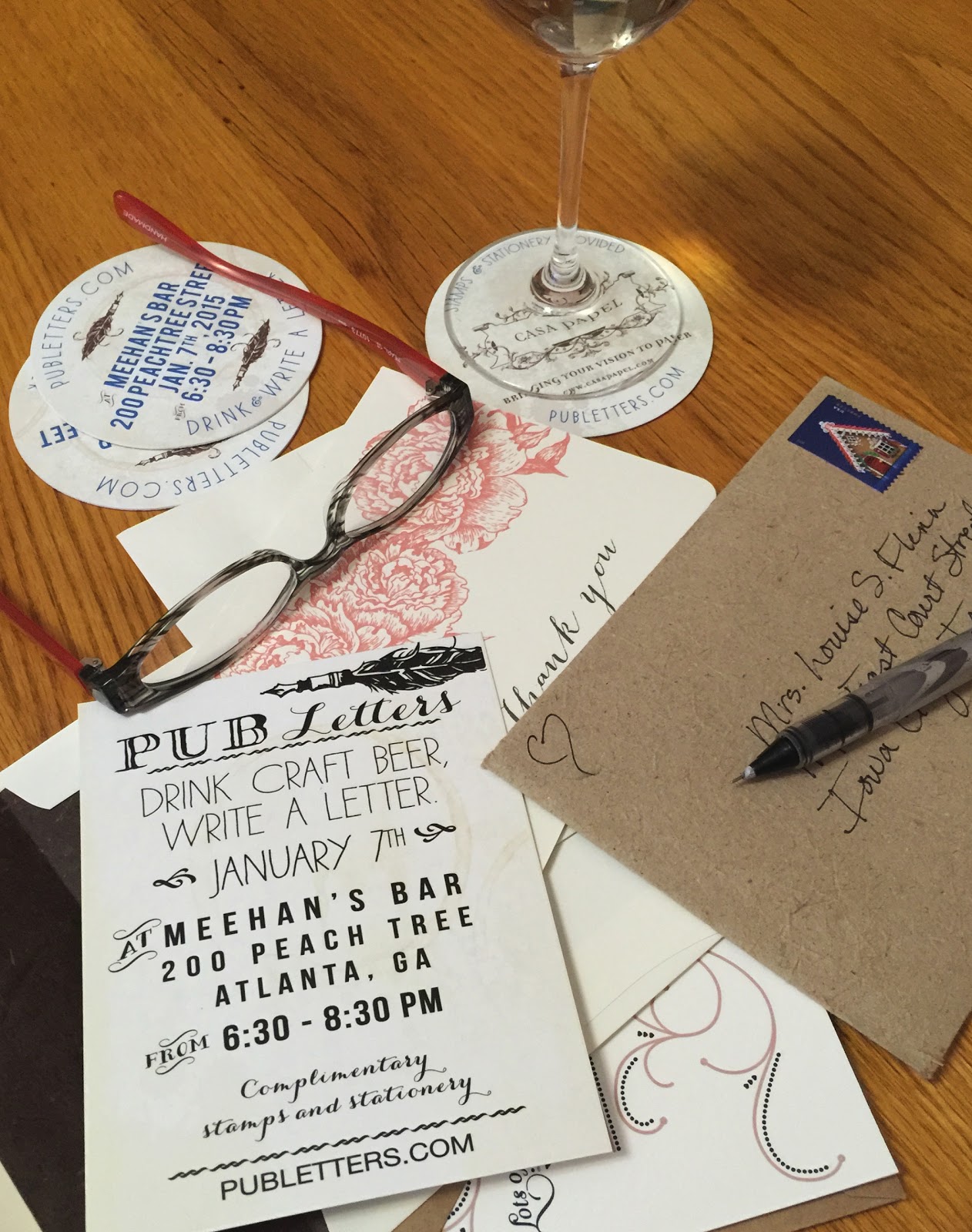 When was the last time you actually sat down with a pen and paper and wrote a letter; I mean really WROTE a letter, not just signed a card with a pre-printed sentiment? With email, texting, and of course, Facebook, the art of letter writing has gone the way of the dinosaur. In fact, most children today are unfamiliar with the term “penmanship.” Our own children never lost points on assignments due to poor handwriting even though their writing was often illegible.

By now, you are asking yourself, where is the food in this post? Isn’t this supposed to be a food blog? Okie dokie then! I recently had the opportunity to attend a Publetters' event at Meehan’s Public House on Peachtree Street, a classic tavern just across the street from the America’s Mart where the Gift Show was hosting greeting card companies and their representatives. In a back room of the pub, every table was full and each pint had a sheet of paper next to it with personal scrawls and prose. We chatted and noshed on mini spring rolls and Irish banger corn dogs between paragraphs as we wrote.

What are Publetters? I am so glad you asked. Publetters is a project started by Mike McGettigan of Trophy Bikes in Philadelphia. "It's my contention that anyone can write a decent letter in the space of two drinks," he says. He found the older he got, the more he desired to make authentic connections with people; letter-writing accomplishes that. CasaPapel (also of Philadelphia) are the sponsors of Publetters, providing gorgeous posh stationery and cards at no charge to writers.

A couple of hours and beers later, we stamped our letters and said goodnight to our hosts. We left feeling lighter after the catharsis of a good writing session. Paper letters are REAL and they last. McGettigan is correct; in the time it takes to empty a good drink, (or two), you can fill a page, fold it, seal a stamped envelope and make someone's day. If you are interested in hosting or sponsoring Publetters in your city, write Mike a note! 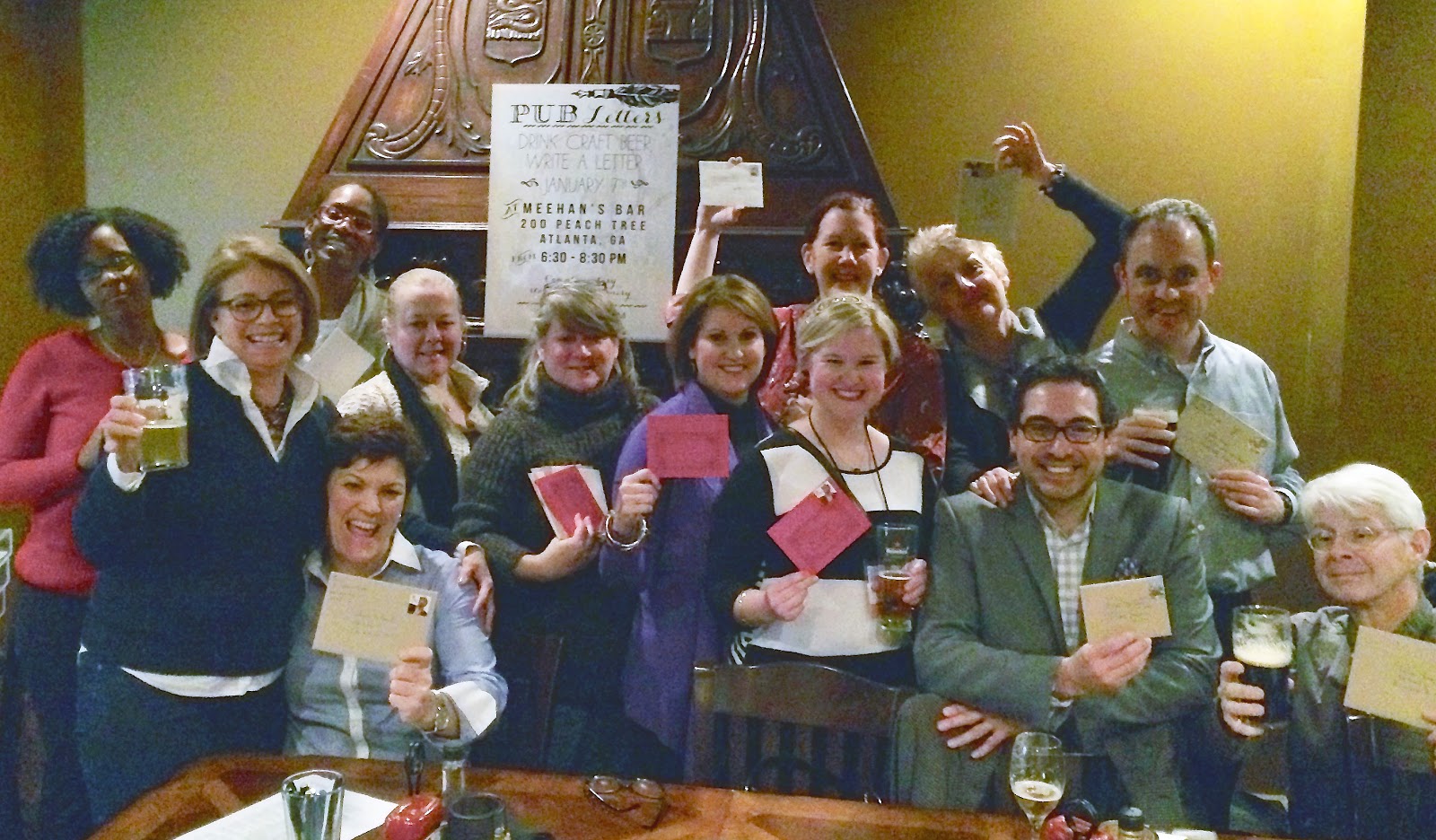