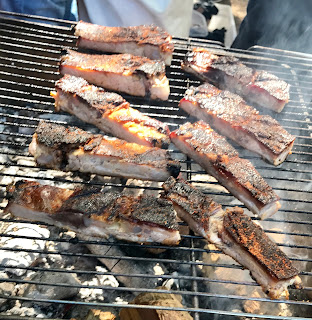 A cloud of delicious smoke wafted toward me as I rounded the corner of Oakview Road on my way to Steinbeck’s to enjoy an all-star lineup of Atlanta's finest pork ribs at the 4th Annual Smoke & Glory Showdown.

Each year, Smoke & Glory puts Atlanta chefs to the test to see who reigns supreme in a Battle of the Beasts cook-off. This year, the chefs were challenged with raw pork spare ribs with one stipulation: the pork must be smoked in some way. Ticket holders devoured entries which included Korean BBQ ribs from Illegal Food, Twain’s Coca-Cola -glazed ribs, Szechuan ribs from Wrecking Bar, Ancho-blackberry BBQ ribs from Seed Kitchen and Bar, and Hampton and Hudson’s Sweet Tea Gojuchang ribs.

Guests jammed to old school R&B and Hip-Hop spun by DJ Keiran Neely as they enjoyed an impressive list of craft brews from all over the Southeast: 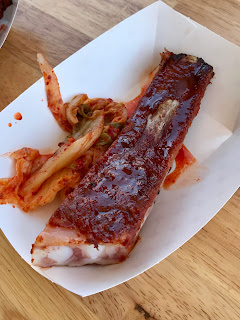 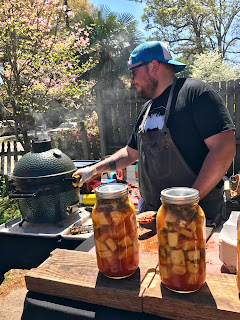 Attendees were each given a token to cast their vote for the best ribs in the competition with the winner chosen by a combined tally from the People’s Choice & from our local BBQ professional judges. The winning ribs were the Pastrami Smoked Spare ribs with pickled pineapple from Venkman’s who walked away with the coveted Thunderdome cleaver. Everyone left with full bellies and full hearts knowing that proceeds from the event benefitted the Giving Kitchen and Camp Horizon.

Many thanks to Steinbeck's and CulinaryLocal for a fabulous afternoon of beer and ribs!


Disclosure: I attended this event as a brand Ambassador for CulinaryLocal. While the dishes and drinks I sampled were complimentary, the content and photographs are original and all opinions are unsolicited. #ad