Technique of the Week: Trussing

Trussing is a technique used for birds and roasts to keep the meat in a uniform shape to ensure even cooking. Trussing helps the meat keep its shape and holds in natural juices while cooking.

Trussing a bird:
Trussing a turkey means tying the legs and wings together and closings all cavities to give the bird a nicer and much more presentable appearance. While trussing isn't necessary for cooking, it can actually make the legs and thighs take longer to cook, since the bird is pressed against itself. Trussing also makes the bird easier to carve.

Remove the bird from its packaging. If giblets are available, remove them (they will be wrapped separately and placed in the body cavity) and set them aside to make gravy. Thoroughly wash the bird inside and out under running tap water. Pat skin dry with paper towels and place the bird breast side down on a clean surface.

Fold the wing tips over and secure them behind the shoulder, tucking them neatly under the bird in doing so. This keeps them from cooking too quickly.

Using a trussing needle (or large embroidery needle) and fine cotton string, pull the skin of the neck flap over the neck opening and sew the cavity closed. A toothpick can be used if necessary. 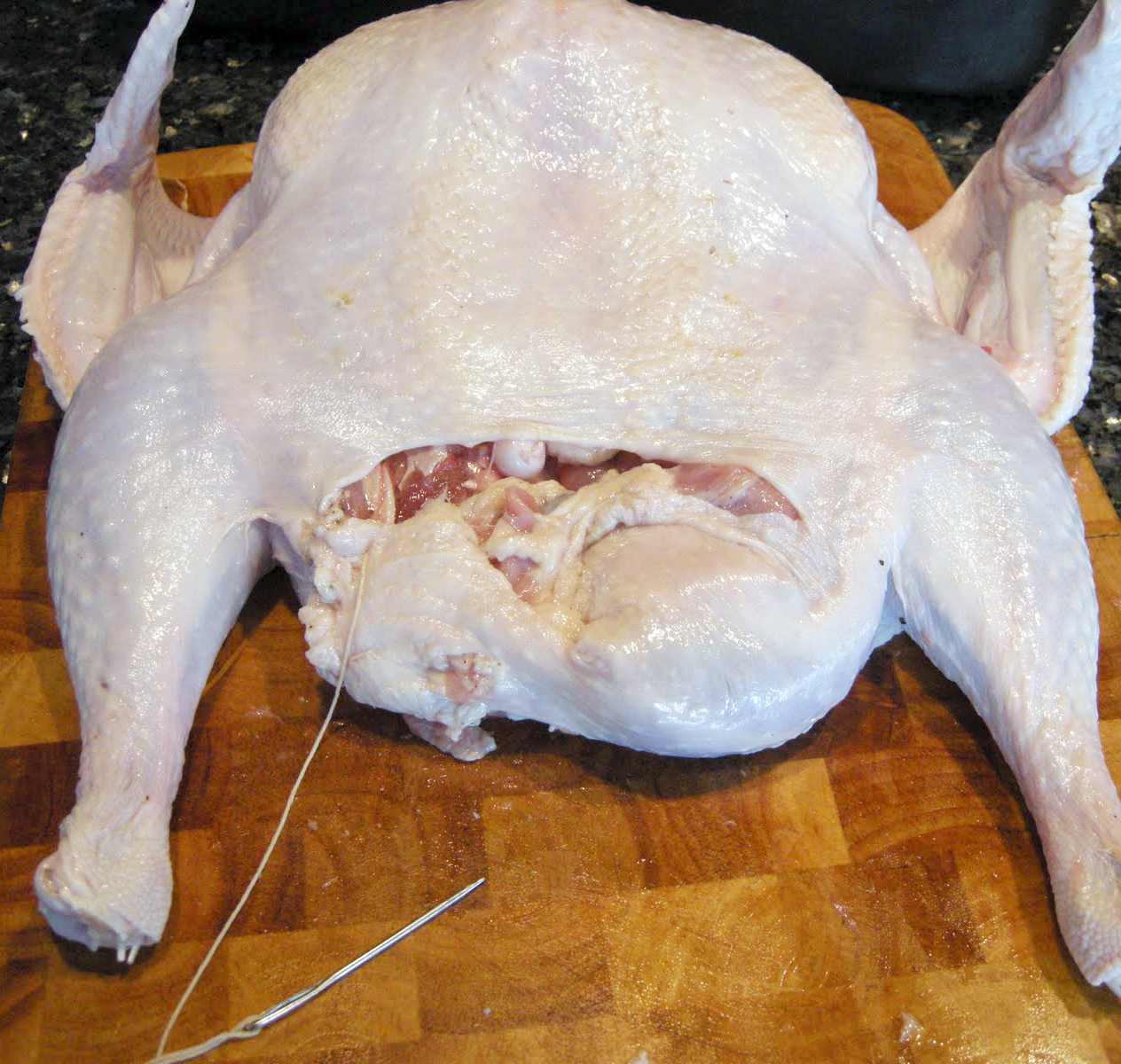 If you are stuffing the bird, fill the body and neck cavities loosely with dressing just before roasting; being careful not to overfill. Pull the skin taut from the breast and fold over stuffing, tucking in the Pope’s nose (fatty tail flap) and sewing the cavity closed with the trussing needle and cotton twine.

Use kitchen string to tie the bird's legs together, pressing the legs close to the turkey body. To secure the legs, press them firmly into the breast, tucking any excess skin between the legs and the breast. Cross the ends of the drumsticks together and tie several loops of string around the drumstick ends and then knot the string. 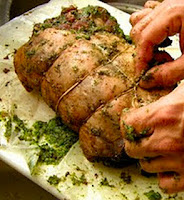 The technique is for tying a roast is the same whether you're working with pork, beef, or lamb. Begin with a long piece of standard butcher's twine and bring the string up and around to the top of the roast, forming the letter 'A' with the string being the cross, then pull gently but firmly.

Slowly wrap the string around the feed side again to make another tie, and then pull the string, holding your fingers against the knots to tighten lightly. You want a slight indentation in the meat, but the meat should not be squeezed too tightly. To finish the tie, make the letter 'C', pulling the end of the string through to make another knot. Repeat this process every few inches along the roast.