Technique of the Week: Simmering

Simmering is a food preparation technique in which foods are cooked in hot liquids kept at or just below the normal 212°F boiling point of water. Simmering provides for a milder action than boiling to prevent foods from breaking apart or toughening up. Simmering is usually a rapid and efficient method of cooking. The technique of simmering is frequently used when making stocks or soups, and starchy items like potatoes or pastas. Food that has simmered in milk or cream instead of water is referred to as creamed. Allowing sauces and soups to simmer even for a short time helps flavors to fully unite before being served. 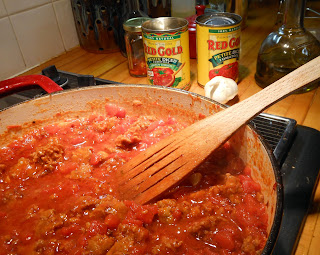 To keep a pot simmering, bring a pot of liquid to a boil and then reduce the heat to a point where the formation of steam bubbles has almost completely stopped. You should see minuscule bubbles forming and gently rising to the surface of the water, but the water is not yet at a full rolling boil. This typically occurs at a water temperature between 180°F to 205°F. Bear in mind that if you simmer with a lid on the pan, the temperature inside the pan will rise and a simmer can very easily turn into a boil.