Coffee has been used for centuries to provide energy and keep workers awake on long shifts. Many people drink it just for the flavor, while others rely on it to get through the day. Recent research into the compounds found in the simple coffee bean has revealed a number of health benefits. While people with certain conditions should avoid acidic drinks with caffeine, most people will find a number of benefits by drinking a cup or two a day. Learning about these health benefits can help you feel better about a morning routine that involves a steaming cup of coffee. 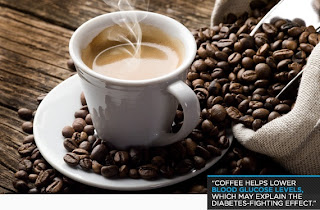 Studies have shown an interesting link between coffee consumption and lowered rates of type 2 diabetes. While there is little research proving the connection, there is a strong correlation. Researchers believe that the antioxidants found in coffee provide this extra layer of protection for drinkers. This is supported by the fact that both caffeinated and decaffeinated coffee were connected to a 7% drop in diabetes development. Drinkers who indulged in up to seven cups a day saw a 35% drop in the likeliness of having diabetes, while four to five cups provides protection of up to 28%.

Stroke and Heart Attacks:
The caffeine or other compounds found in coffee may have effects on the brain and heart. Adults drinking one to two cups of coffee per day were hospitalized for irregular heartbeat about 20% less than patients who don`t drink coffee. Regular episodes of irregular heartbeats can indicate an upcoming heart attack. One study also found a 25% drop in strokes among women drinking at least two cups of coffee per day.

Parkinson`s Disease:
The link between lowered chances of Parkinson`s disease and coffee consumption has been documented for years. Regular consumption of caffeinated coffee may protect the brain, but the exact mechanism is unknown. Some recent studies also show protection against Alzheimer`s disease and dementia. Researchers followed nearly 1,500 people for more than 20 years. The patients drinking at least three cups per day were 65% less likely to develop one of these issues.

Brewing Tips:
Coffee will only benefit your health if you drink it regularly. If you avoid the drink because it tastes bitter, try brewing it the right way for a more palatable beverage. Drip coffee makers have a hard time properly extracting all of the compounds from coffee grounds if the water isn`t hot enough. Buy an inexpensive candy thermometer and check the temperature of the water as it runs through the coffee machine without coffee in it. If it isn`t between 195 and 205 degrees Fahrenheit, you can`t brew coffee that tastes good with that device. 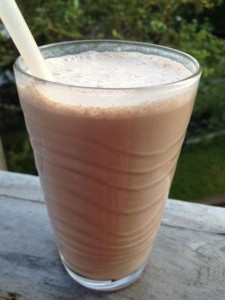 Use bottled water or clean and chlorine-free tap water, but avoid distilled water. The water should be free of flavors or odors if you want a tasty cup of coffee. Store the grounds in the freezer. Seal your coffee in an airtight container and freeze it to preserve the volatile oils that produce complex and exciting flavors.

You don`t have to wait until tomorrow morning for a steaming cup to start the day.  Try this simple coffee smoothie for a quick afternoon pick-me-up. 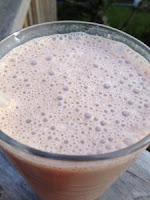 Blend the ingredients in a blender until the banana is smooth and the ice is chopped into small pieces. Any frozen or fresh fruits can be added to create custom flavors. The protein powder or whey makes this an ideal breakfast smoothie.