Technique of the Week: Deviling

When the term “Devil” is used as a culinary term, it refers to dishes prepared with hot seasonings, usually mustard or cayenne pepper. The word derives from the connection between the devil and the excessive heat in netherworld in which he dwells. 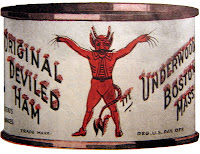 In a nineteenth century sketchbook, Washington Irving used the word to describe a highly seasoned dish similar to curry. Deviled dishes were very popular throughout the nineteenth and into the twentieth centuries, especially for seafood preparations and some appetizers. Deviled crab and deviled eggs are still very popular applications of this culinary idiom.

Around 1868, the William Underwood Company (which was known originally for its mustard products, began experimenting with a new product created from ground ham blended with special seasonings. The process they dubbed "deviling," for cooking and preparing the ham, was new. Soon thereafter, the "Underwood devil" became synonymous with the processed ham product, and today the Underwood devil is the oldest existing trademark still in use in the United States. 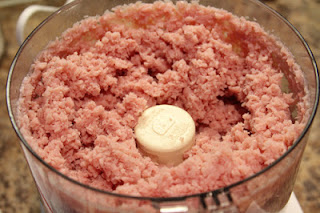