Candy canes have been a traditional part of Christmas for so long that several different origin stories have cropped up around exactly where they were created, why and by whom. One popular story claims that they were invented in Indiana and are linked to Christian religious beliefs, but antique Christmas cards show clearly that candy canes existed well before the state of Indiana did. 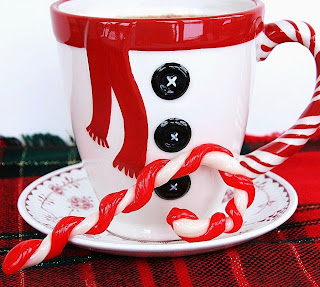 The most probable origin story is one that involves Christmas and children, which is charmingly fitting. According to the story, the choir master of the Cologne Cathedral asked a local candy maker to provide sweets to keep the young children participating in the living nativity scene quiet during the production. To keep the candy from being obviously out of place in the reenactment of the ancient scene, the choirmaster asked that the stick candy be bent to resemble the crooks carried by shepherds. These first candy canes were white; the red stripes did not begin appearing on Christmas cards and in advertisements until sometime after 1900.

The first known red and white striped candy cane recipe appeared in 1844, though it was for straight sticks, not the crook shape that hangs so perfectly on a Christmas tree. Making your own candy canes at home is not for the faint of heart. It requires several people and a fair amount of elbow grease, but it can be a fun way to spend a cold afternoon - and you get to eat your mistakes.


Stir together the sugar, water, corn syrup and cream of tartar in a small saucepan until the sugar is completely dissolved. Pour half of the liquid into a second saucepan and bring both to a boil. Do not stir either pot until a candy thermometer reads a temperature of 280 degrees F. Add 1/2 teaspoon of peppermint extract to each pot and stir them well. Add red food coloring to one of the pots to make your stripes.

Turn the contents of both saucepans out onto an oiled marble or enamel cutting board. Waxed paper taped over your counter will also work. Wearing gloves to keep from burning your fingers, pull and stretch the candy the way you would when making taffy. Stretch it slowly into long ropes, fold it back on itself and stretch it again until they appear glossy. When the candy cools down some, you can remove the gloves and lightly butter your hands to keep the candy from sticking to them.

When the clear liquid has turned white, divide the candy into an equal number of portions; these will be your canes. Twist a white stick and a red one around each other, then roll on wax paper or greased surface to smooth out surface. Form the sticks into canes and set it on the oiled surface to harden. Repeat until they all candy has been used.

No time to make your own? You can sweeten any holiday gathering by ordering a nostalgic gift basket of candy online.