During each night of Hanukkah, a candle is lit to symbolize the miracle that occurred 21 centuries ago when Jewish troops attempted to purify their Temple after its occupation by their enemies. They believed their Temple had been spiritually defiled by the worship of foreign gods and sacrifices. The troops were determined to cleanse the Temple by burning ritual oil in the Temple’s menorah for eight days, but they were disappointed to find that there was only enough oil left to burn for one day. They lit the menorah anyway and to their surprise the small amount of oil lasted the full eight days needed.

This is why the use of oil in preparing Hanukkah food is important. Based on archaeological evidence, the oil of the Hanukkah miracle was olive oil. In ancient Israel, olive oil was used for lighting lamps, for religious rituals and for cooking. However, because of its low-smoking point, olive oil is rarely used to fry traditional Hanukkah specialties but vegetable oil and peanut oil are viable substitutes. 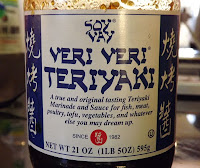 Because Hanukkah is an eight-day celebration based on the lunar cycle, the first day of Hanukkah falls on a different day each year usually between late November and December. This means that most Jewish families are celebrating on weekdays after school and work. Finding easy, kosher recipes can be challenging. This recipe for teriyaki stir-fried chicken with broccoli is not only Hanukkah-appropriate, but delicious enough for every day. And, yes, I said kosher and teriyaki in the same sentence. With the help of our friends at Soy Vay, not only is it possible, it’s good – really good. 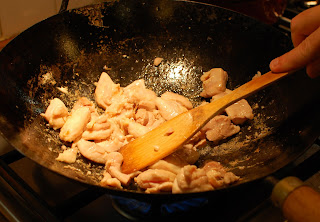 Heat about half of the peanut oil and the sesame oil in a large skillet or wok over medium-high heat.

Add the chicken pieces to the pan and sauté until golden brown and cooked through.  Transfer to a bowl with a slotted spoon and cover with foil to keep warm.  Add the remaining oil to the pan and then add the garlic sautéeing until fragrant, about 30 seconds.  Add the red pepper flakes and broccoli florets to the pan and stir to combine, then pour in about half of the chicken broth which will steam and boil quickly. 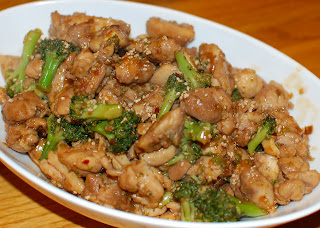 Allow the broccoli to cook until crisp-tender and the broth has mostly evaporated.  In a measuring cup or small bowl, whisk together the Soy Vay Veri Veri Teriyaki and cornstarch until smooth and add to the pan stirring to coat broccoli.  Add the remaining chicken broth and return the cooked chicken pieces to the pan. Cook, stirring frequently, until the sauce has thickened, about 2-3 minutes.  Remove from the heat serve over rice and garnish with sesame seeds or chopped scallions.

In accordance with the Federal Trade Commission’s 16 CFR, Part 255, we are disclosing that we received product samples from Soy Vay in exchange for this post. A favorable review was not required; the review of the product is based solely on our personal opinion and experience and may differ from those of our readers.