Jambalaya, a name that is just as interesting as the recipe itself, is a southern coastal recipe with a history that has deep roots within the history and development of much of the Southern Gulf and Caribbean regions of the United States. The origins and meaning of the name “jambalaya” are diverse but there is some consensus that says that “jambalaya” comes from the Southern French word “jambalia” which means mix-up or mish mash. 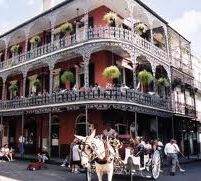 Many might recognize its resemblance to the Spanish dish paella. When the Spanish first came to the New World they sought to recreate paella but were unable to find saffron which is a key ingredient. Their replacement ingredient was the tomato. The French in New Orleans put their own spin on the dish by adding a combination of spices and meats that could be found in abundance in southern Louisiana.

Although jambalaya comes in multiple forms the popular New Orleans dish consists of three parts. Meat, which is almost always chicken and sausage, is combined with celery, peppers, and onions. Next vegetables, tomatoes, and seafood are added. Finally rice and stock are added. The mixture is then brought to a boil and left to simmer for 20 minutes to an hour. Stirring is sometimes recommended depending on the recipe. 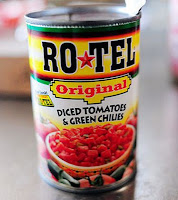 In its modern form, jambalaya is a staple dish for Louisianans and neighboring states. It is a cultural food that is part of the identity of the French south. I highly recommend trying authentic Creole or Cajun jambalaya if the opportunity ever arises. Until then, try your hand at making this fun and tasty dish. 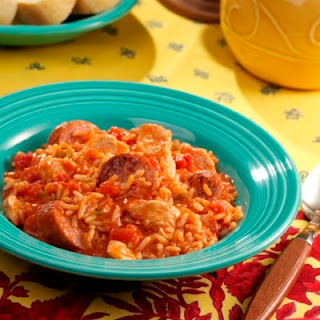 This is a guest post written on behalf of Ro*Tel. We were not compensated in ANY WAY for this post, nor does it represent an endorsement of the product.