on June 28, 2018
Unlike the mushy, odorous green lumps we remember from childhood or the cream smothered version served in fancy-schmancy, yuppy-era restaurants, Brussels sprouts have reached the height of their popularity. We certainly consume our fair share in our house. Whether they are roasted, braised, or served raw, Brussels sprouts are fabulously healthy, not to mention downright tasty. While Brussels sprouts were believed to have been grown in Italy in Roman times, the modern Brussels sprout we eat today were first cultivated in large quantities in Belgium (hence the name "Brussels" sprouts) as early as 1587. They were introduced to the U.S. in the 1800s and by 1900 were being grown in large quantities in California. With the development of the frozen food industry and improved production techniques, there are currently about 3000 acres of the tiny cabbages currently being grown today. This acreage supplies the majority of the U.S. and Canada (where they are more popular than in the U.S.)

Good quality Brussels sprouts are firm, compact, and vivid green. They should be free of yellowed or wilted leaves and should not be puffy or soft in texture. Those that have perforations in their leaves should be avoided as they may have aphids inside. If Brussels sprouts are sold individually, choose those of equal size to ensure that they will cook evenly. Brussels sprouts are available year round, but their peak growing period is from autumn until early spring.

Keep unwashed and untrimmed Brussels sprouts in the vegetable compartment of the refrigerator. Stored in a plastic bag, they can be kept for 10 days. Before washing Brussels sprouts, remove stems and any yellow or discolored leaves. Wash them well under running water to remove any insects living in the leaves. Brussels sprouts cook quickly and taste best when they have been cut into smaller pieces. If you want to freeze Brussels sprouts, blanch them first for between three to five minutes. They will keep in the freezer for up to one year. 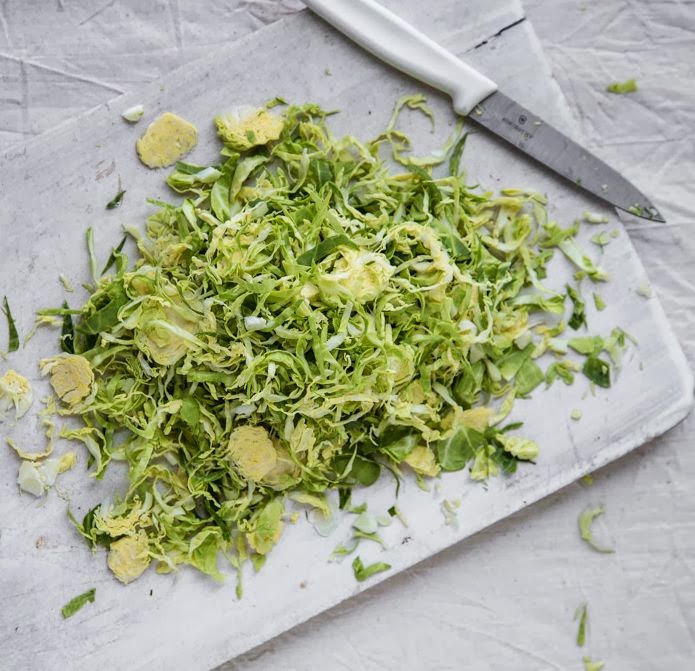 
Clean and trim sprouts and “shave” by slicing as thinly as possible. We've tried using a food processor to shave the sprouts with little luck, but fell free to try it. We also tried the use of a mandolin, but the risk to fingers and the amount of waste were both too great. Patience and a sharp knife are the best tools for this procedure.

Mix sprouts, lemon juice, olive oil and salt and pepper, tasting as you go and adjusting to taste. If you are preparing ahead, set the salad in the refrigerator until ready to serve. 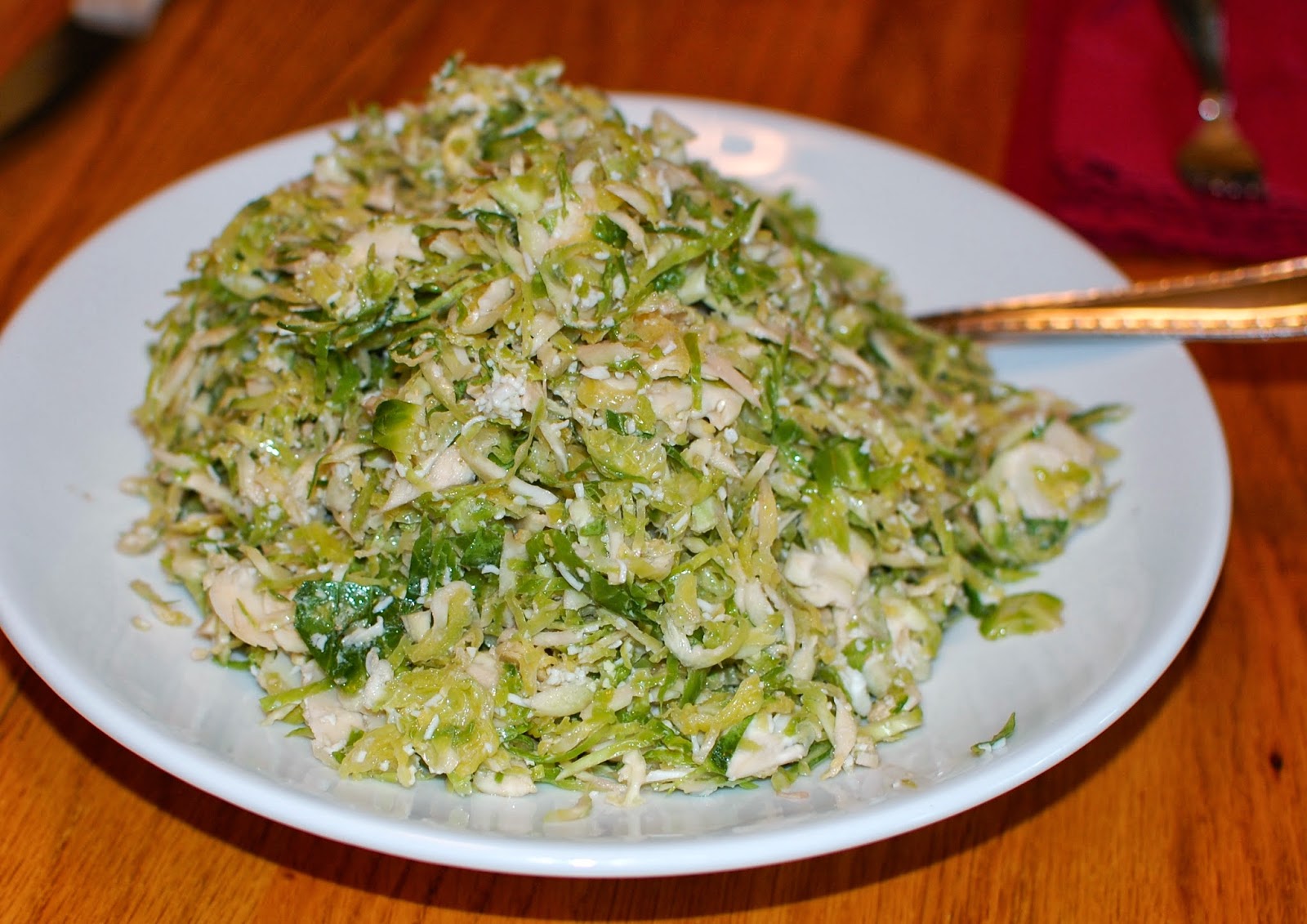 While feta cheese combines with the vinaigrette to make a creamy dressing, cheeses that are dryer, saltier more dense cheese actually work better in this salad. Romano or Parmesan have a nice piquancy that matches well, but we recommend grating it on the largest hole of a box grater.

To serve, lay the sprout “slaw” on a serving platter and top with grated cheese, chopped eggs and pistachios. There is no real need to toss the salad as the ingredients combine as the salad is being served.

One note of caution, this salad can be a bit addictive. There have been arm wrestling matches in our house over who gets to have the leftovers (when there are any). This salad will keep in the fridge for 2-3 days post arm wrestling.
1/20/14