In few two short months, the Atlanta Food & Wine Festival will once again take over Midtown. In its fourth year, the three-day festival will offer guests over 100 cooking and cocktail demonstrations, technique labs, food and beverage tasting seminars and panel discussions. Each activity has been carefully designed by the Festival co-founders and their Festival Advisory Council and Curators to put the national spotlight on the food and beverage traditions of the South and to establish Atlanta as the gateway. I recently attended a “pot luck” luncheon hosted by co-founders Elizabeth Feichter and Dominique Love and catered by Advisory Council Chefs to get a special behind-the-scenes look at AFWF14.

The Festival’s Advisory Council is made up 70 (give or take a few) food industry “rock stars.” These award-winning chefs, sommeliers, mixologists are personally invested in celebrating and protecting our region’s rich culinary traditions and collaborate to create the weekend’s programming. After tasting their amazing dishes, I can exclaim that this was no ordinary “pot luck!” If the Lunch-and-Learn was an example of what revelers can except at AFWF14, no one will be disappointed! Our menu included: 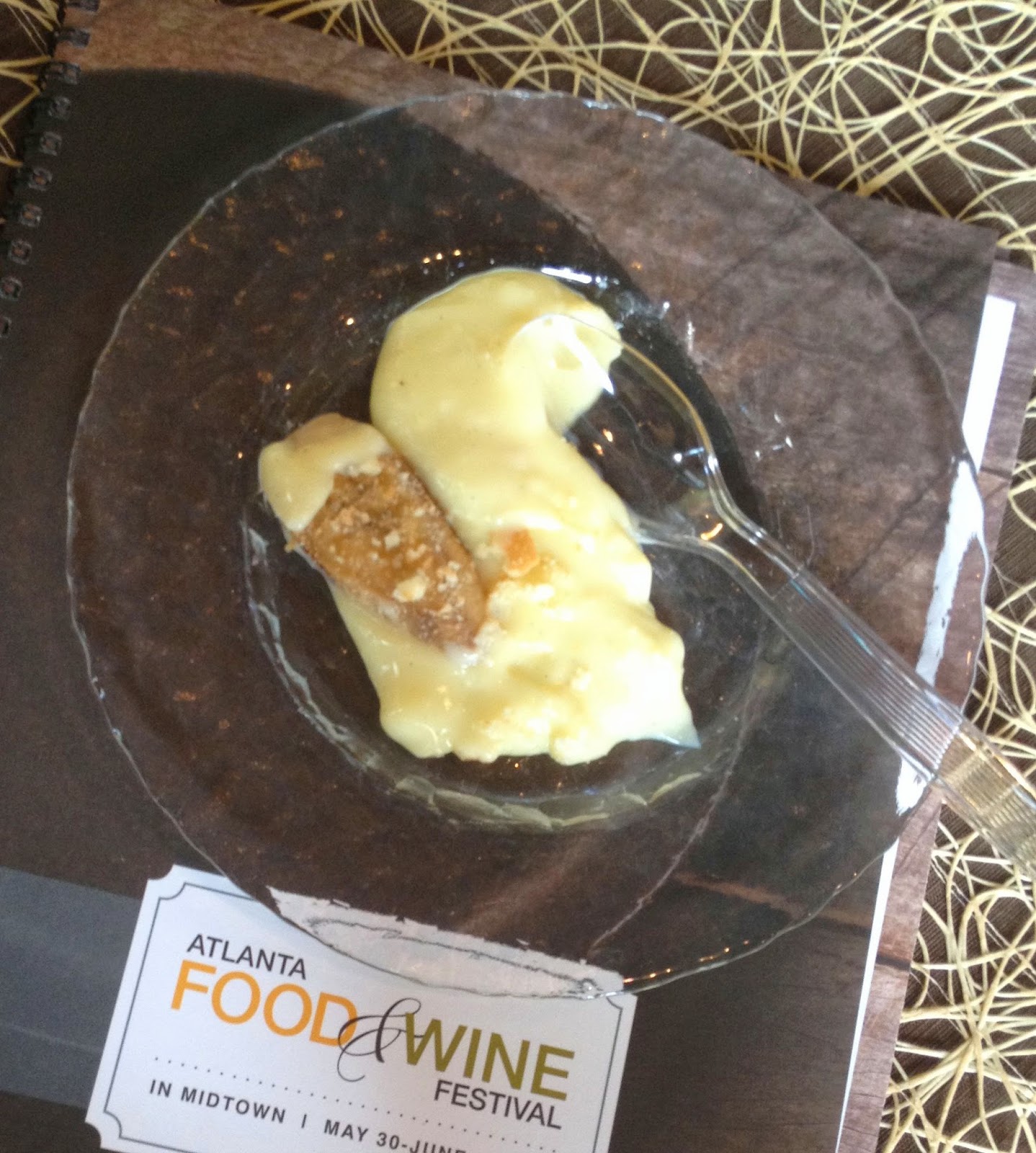 Needless to say, the delicious fare made it difficult to focus, especially after my first bite of Chef Shaun Doty’s Chopped Liver Salad, (more about THAT in a hot minute) but here is the scoop on this year’s festival:

WHO: The Atlanta Food & Wine Festival boasts a roster of more than 250 epicurean superstars that represent the South’s best talent from James Beard Best Chefs and legendary beverage distillers to award-winning winemakers and cutting-edge mixologists.

WHAT: The Festival will have numerous venues and formats to appeal to every guest including seminars, demonstrations, panel discussions, tasting experiences as well as themed dinners & connoisseur events. To see a full listing of ALL the AFWF14 offerings, please visit http://atlfoodandwinefestival.com/planning-tools.

WHERE: Every great city has a defining district; the heart that pumps life into the city. In Atlanta, it is Midtown which has become the epicenter of work, play, culture, art, shopping and dining. The Loews Atlanta Hotel will again be the Official Host Hotel of the weekend’s activities with the Festival Learning Experiences taking place in the hotel’s conference center. This year’s Tasting Tents will move to a new location being transformed by Selig Properties which will become a permanent green-space for the community.

Now about that Chopped Chicken Liver Salad… since we are a food blog, we were able to get the recipe from Chef Doty to share with you are patient readers.

Chef Shaun Doty is a one of the founding chefs of the Atlanta Food & Wine Festival and is currently the co-owner and executive chef of Bantam + Biddy and Chick-a-Biddy. A graduate of Johnson and Wales, Chef Doty spent his formative years working in Charleston, Dallas, New York, and spent time in Europe. Here in Atlanta, he worked with renowned Chef Guenter Seeger at The Ritz-Carlton in Buckhead and Mumbo Jumbo before opening his own restaurants: MidCity Cuisine (2005) and Shaun’s (2006) which was voted Esquire Magazine’s Best New Restaurant in 2007.

Preheat oven to 350 degrees F. In a sauté pan over medium-heat, cook bacon until crispy. Drain bacon on a paper towel before chopping into bits. Transfer cooked bacon pieces to a mixing bowl and set aside. Season livers with salt and pepper and dredge through the flour.

Add vegetable oil to the sauté pan with remaining bacon fat to cover the bottom of the pan and heat over medium heat. Place the flour-coated livers in the pan and cook until they become crispy on one side.  Flip livers over and place the entire pan in the pre-heated oven for 5 minutes.  Remove livers from the pan and place on paper towel -lined plate to cool.