Over the last few months, we have been working diligently to adjust our eating habits which has necessitated the more regular use of a kitchen scale, so it was extremely fortuitous when Surpahs™ contacted us and asked us to review and compare two of their popular digital kitchen scale models. Surpahs™ works directly with the manufacturers to provide high quality home products at an innovative price points.

Americans are generally unaccustomed to weighing ingredients, but weighing is essential for precision baking. Many European cookbooks list ingredients by weight, and professional bakers on both sides of the Atlantic weigh ingredients to achieve the best results. Handy as they are, measuring cups will never measure up to the accuracy of a digital scale. One example proves the wisdom of weighing. Depending on the way that flour is packed into a measuring container, one cup can weigh less than four ounces or more than five ounces. An ounce may not seem like much. However, in a recipe with three cups of flour, the difference could be as much as three ounces which is nearly an extra cup. And what about dieters? More and more of us are trying to control portions. If that's your goal, you need a scale that can distinguish between four and five ounces of meat.

Digital kitchen scales rely on a "capacitive" system for measuring weight. These scales have two plates that are clamped at a fixed distance. The bottom plate is stationary; the top plate is not. When food is placed on the platform attached to the top plate, the distance between the plates changes slightly as the platform is depressed. The movement of the top plate (no more than a thousandth of an inch) causes a change in the flow of electricity in the scale's circuitry. This change is translated into a weight and expressed in numbers displayed on the face of the scale.

First and foremost, a scale must be accurate. We initially used pre-measured weights to judge accuracy and found both scales to be accurate. Each scale measures in a variety of units: grams, fluid ounces, pounds, and milliliters. Both of the electronic scales that we tested have a tare function (a small button) that resets the scale to zero. This is very important feature because it allows you to remove the weight of the measuring vessel as well as to accurately add ingredients to the vessel by weight. Scales with greater capacity (up to eleven pounds) are preferred over scales unable to measure the weight of a chicken or roast. Additionally, scales with large measuring areas are preferable since it is easier to weigh a large piece of meat or use your own bowl to hold loose ingredients. Both scales have an 11-pound capacity; large, clear readout displays; sensitive, accessible buttons; and, are compact enough to be stored in a drawer. 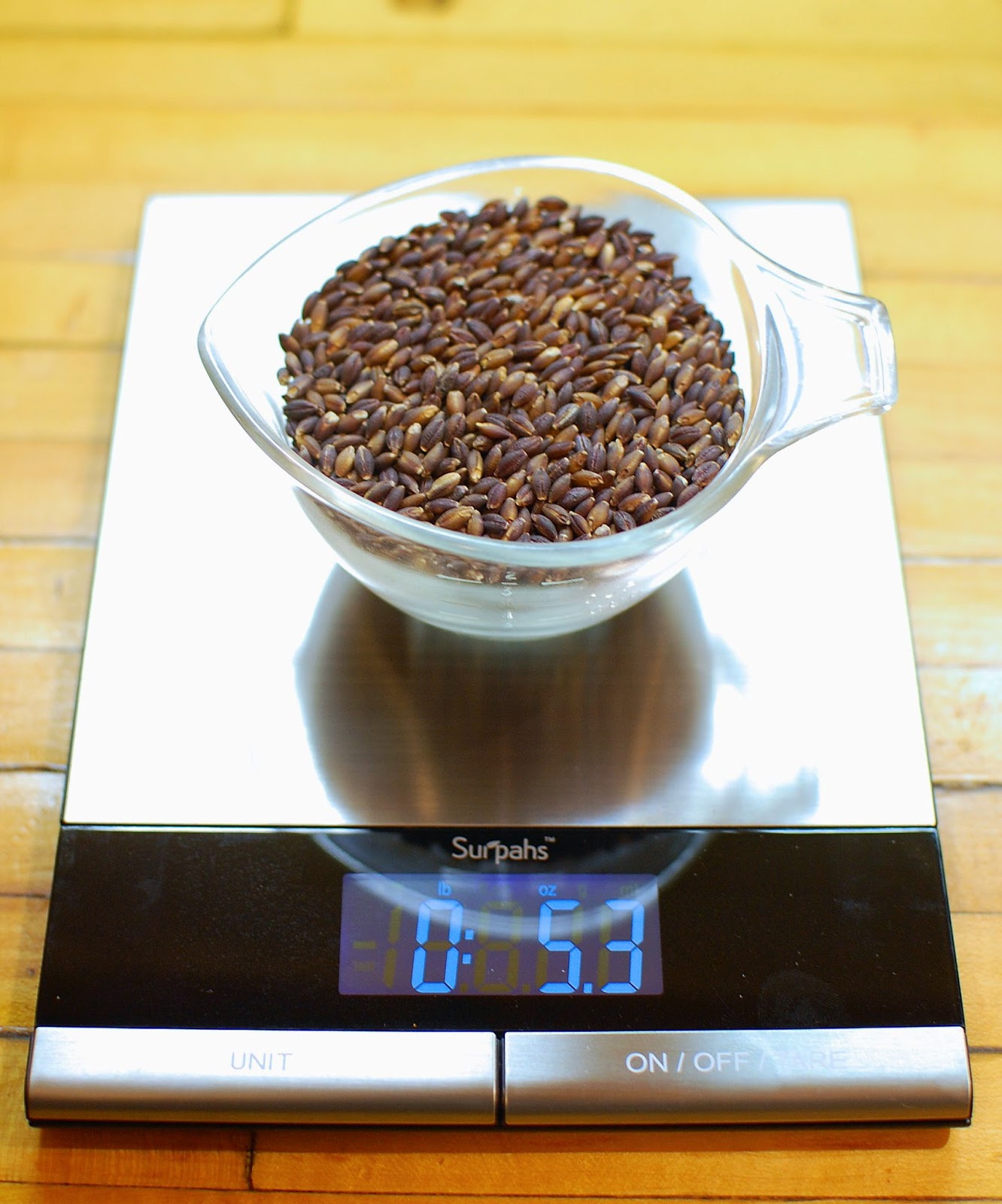 The stainless steel scale (model STT-864) is sleek and attractive with a roomy deck that measures 6 ¼ by 9 inches which allows room for weighing larger items. The backlit LCD display which is large and bright which was very easy to read without glasses even when shadowed by a large dish. The wrap around stainless edges make for easy clean up and the stainless and black design makes it compatible with the décor of most popular designer kitchens. 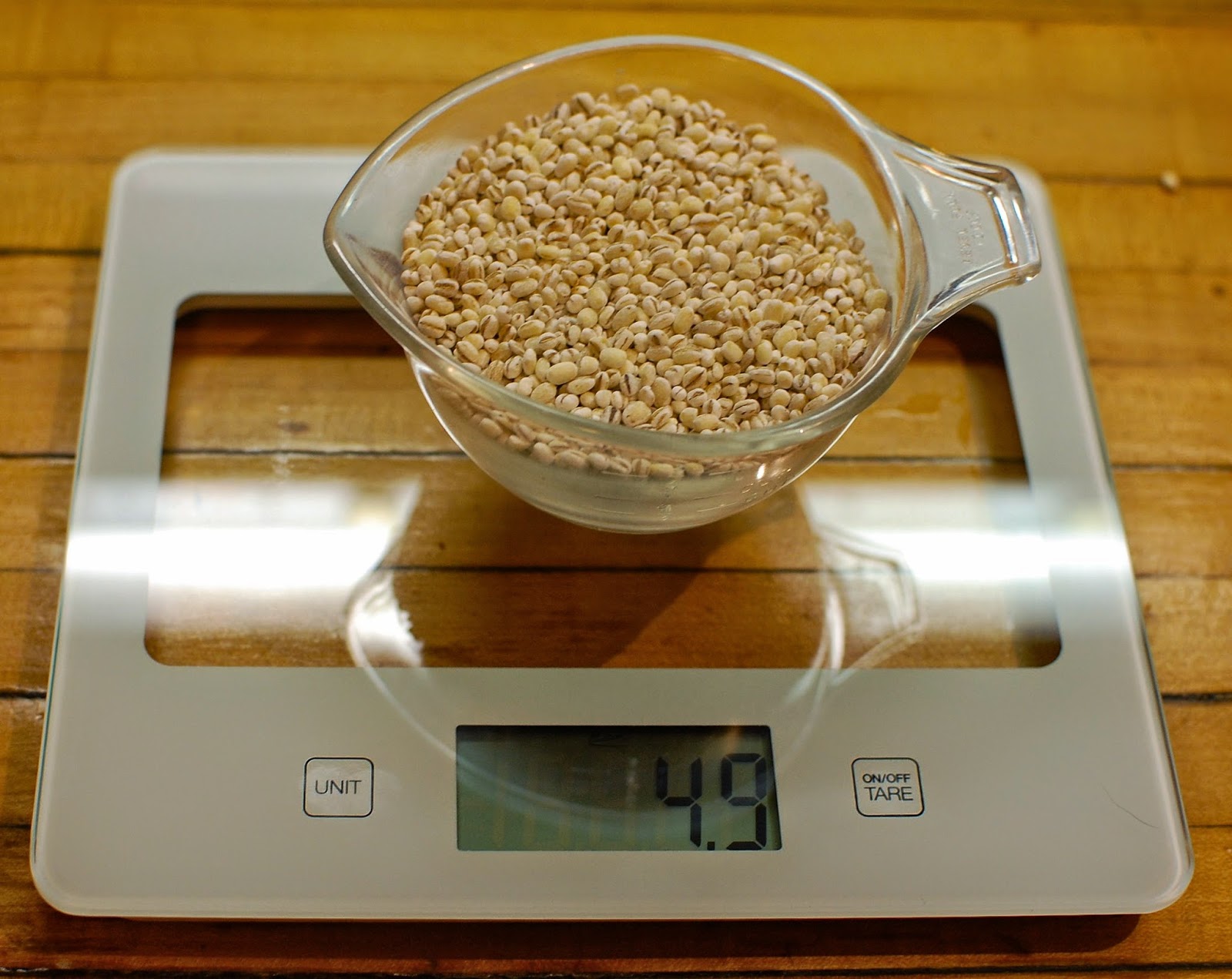 The white glass scale (model STT-1040) is smooth and eye-catching with a slightly smaller deck that measures 5 ¾ by 8 inches which still allows room for weighing larger items. While the LCD display has no backlighting, the black digits are easy to read. The one-piece glass top makes for quick and easy cleaning. The slim, clean profile of this particular scale makes it attractive enough to leave out on the counter top in full view.

Both of these scales were impressive for their weight capacity, larger than average top decks and range of measuring units, both metric and standard. Both scales are very reasonably priced and can be purchased from the Surpahs™ Shop on Amazon.com.