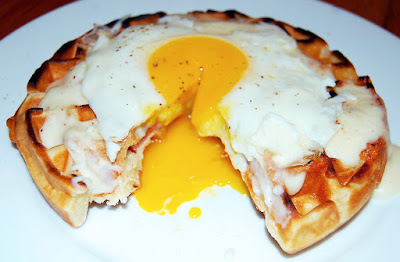 For all those early morning soccer games, swimming practices or track meets that Dad rose early to get you there on time, Father’s Day should be a day of rest and relaxation. We suggest you let dear old Dad sleep late and have a delicious surprise waiting for him when he gets up. Since everyone loves waffles, and what would be a better treat than waffles taken to the next level. The simple addition of meat and cheese elevate waffles to a new breakfast Shangri-La.

Dutch settlers are often credited with bringing the waffle custom to this country. Ever since, they have periodically been in and out of style, yet they remain one of the most versatile and delicious of battercakes. Another traditional breakfast pleasure is the croque-monsieur; a grilled ham and cheese sandwich topped with béchamel sauce. This classic French snack which is commonly served in French cafés, gets its name from the French words “croquer” (to crunch) and “monsieur” (mister). We have affectionately named the combination croque waffles. To really kick-up Dad’s feast, try adding a poached or fried egg to the top of his savory waffle. Although adding an egg technically makes it a croquet madame waffle, we somehow don’t think Dad will mind! The genius of this recipe is that the batter and béchamel sauce can be made ahead so that Dad does not have to wait very long to indulge on his big day. 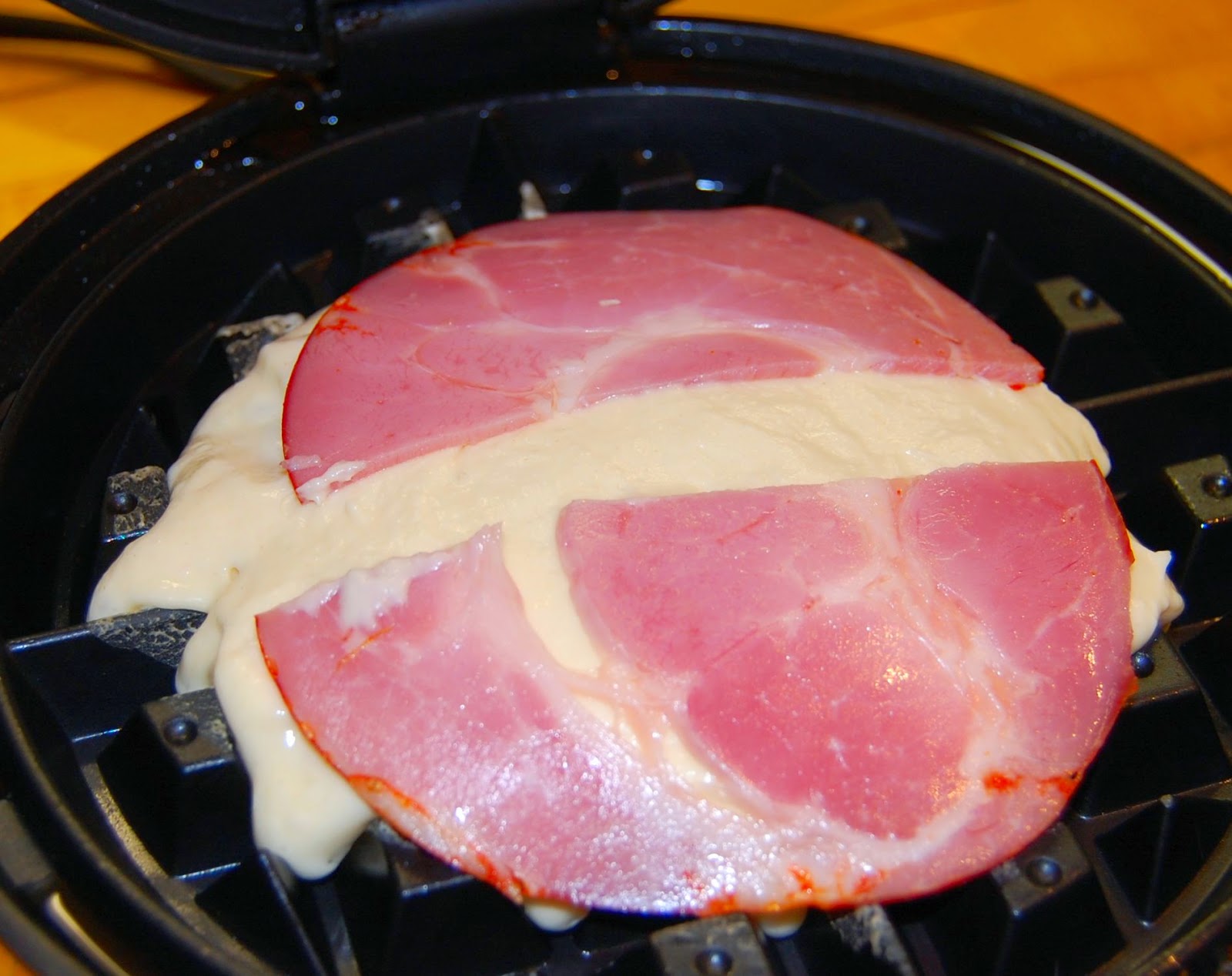 Make the waffle batter first. Truthfully the batter works better after it has had time to rest. Preheat your waffle iron while you make the béchamel.

Heat the milk until just about to boil and keep warm. In a separate saucepan, heat the butter over medium-low heat until melted. Add the flour and stir until smooth. Turn you flame up to medium and cook for about 6 to 7 minutes until the mixture starts to turn a light, golden color. 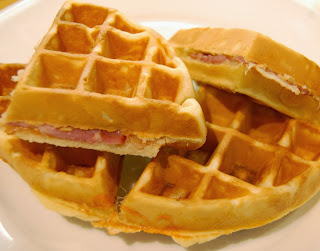 Add the hot milk to the butter mixture 1 cup at a time, stirring constantly until very smooth. Allow the sauce to come to a boil, and then reduce heat to medium. If you are using cheese, add it to the pan and stir to thoroughly combine. Cook for another 10 minutes, stirring constantly. Remove the pan from the heat before the sauce reaches the desired consistently as it will thicken some as it cools. Grate a bit of nutmeg and season with salt and pepper to taste. Set the sauce aside until you are ready to serve. If the sauce gets to thick as it sits. Place back over medium heat and add a bit more milk to thin it. 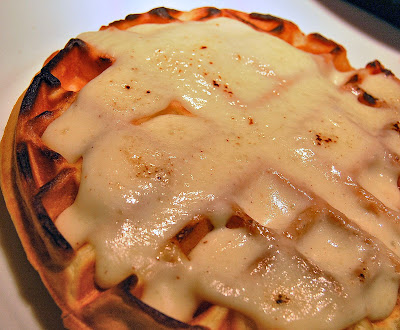 Place the croquet waffle on a plate and ladle béchamel sauce over the top. For an added bit of flare, you can run the sauce topped waffle under a broiler to brown the top. If you are adding an egg, it should be placed on top of the sauced waffle.

Any uneaten croquet waffles (un –sauced of course)can be placed in the freezer for later and make handy snacks for hungry Dad’s on the go!