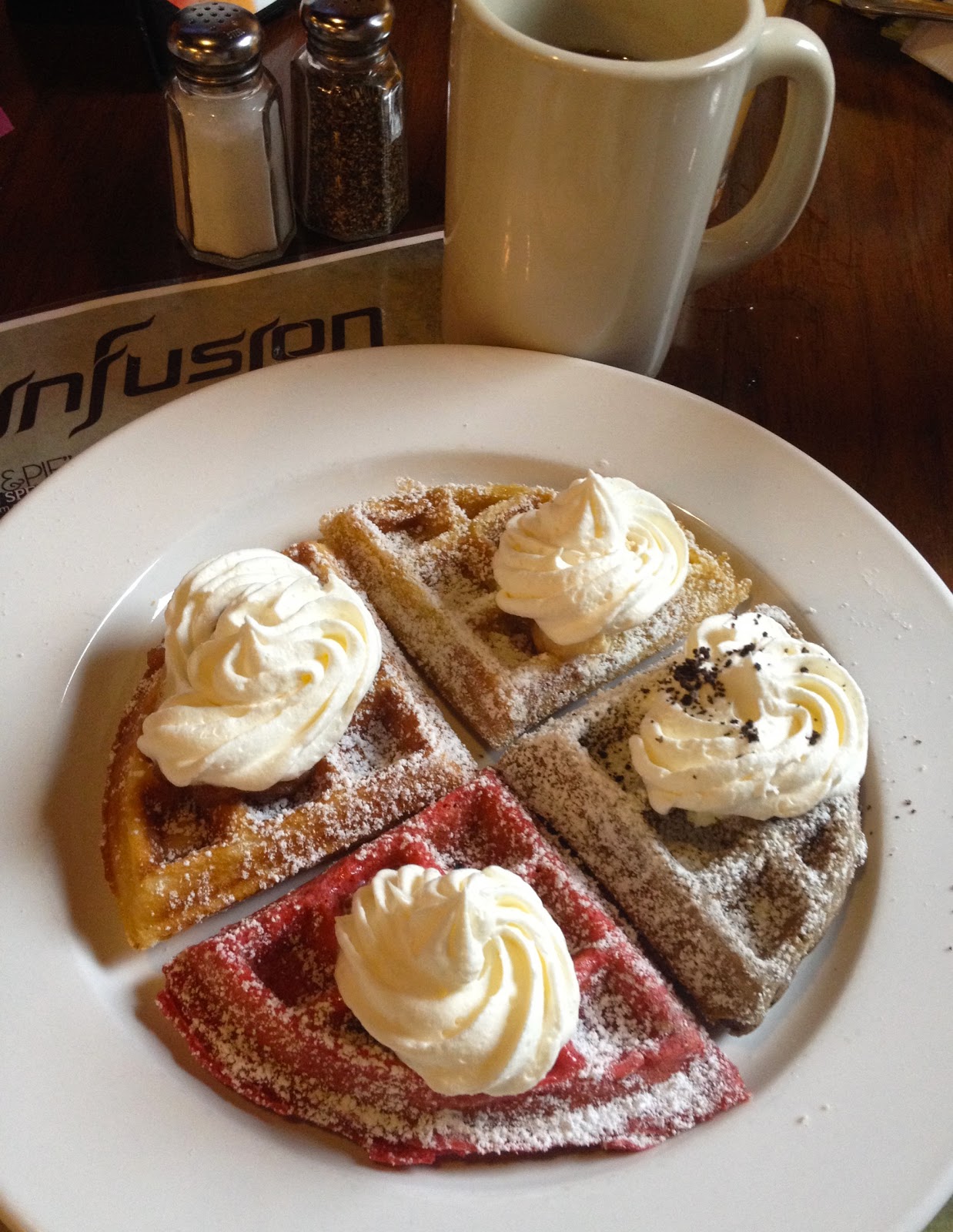 Infusion Bistro celebrated their first anniversary last month. They are the originators of the cake- and pie-infused waffle concept and are best known for their red velvet waffles with sweetened cream cheese butter served with fried chicken.

We visited the Buckhead eatery, which is conveniently located less than a block from the Lindbergh Marta station on a stormy Saturday morning. Soon after being seated warm mugs of coffee were in our hands. We chatted and reviewed the lengthy menu as we waited for our colleagues from the Atlanta Food Bloggers’ Society to arrive.

Soon plates of waffles began to arrive. We sampled the signature red velvet that were dense and rich, but not overly sweet. These were the best complement to the outrageously good fried chicken strips which were crazy crunchy with just the right amount of saltiness. The candied yam waffles smelled and tasted like funnel cakes, deliciously sweet and tender; these were almost as good as the Georgia Peach pie waffles made with peaches in the batter and topped with peaches and cream which were my hands-down favorite. The apple pie and cookies and cream waffles were nothing to sneeze at, yet not my first choices.

As the morning drifted toward the noon hour, cocktails were offered and gladly accepted. The Peach Infusion made with coconut vodka, peach vodka, peach schnapps, muddled strawberry and fresh peaches and orange juice was spectacular. I had to remind myself to take sips so as not to guzzle the whole glass at once. 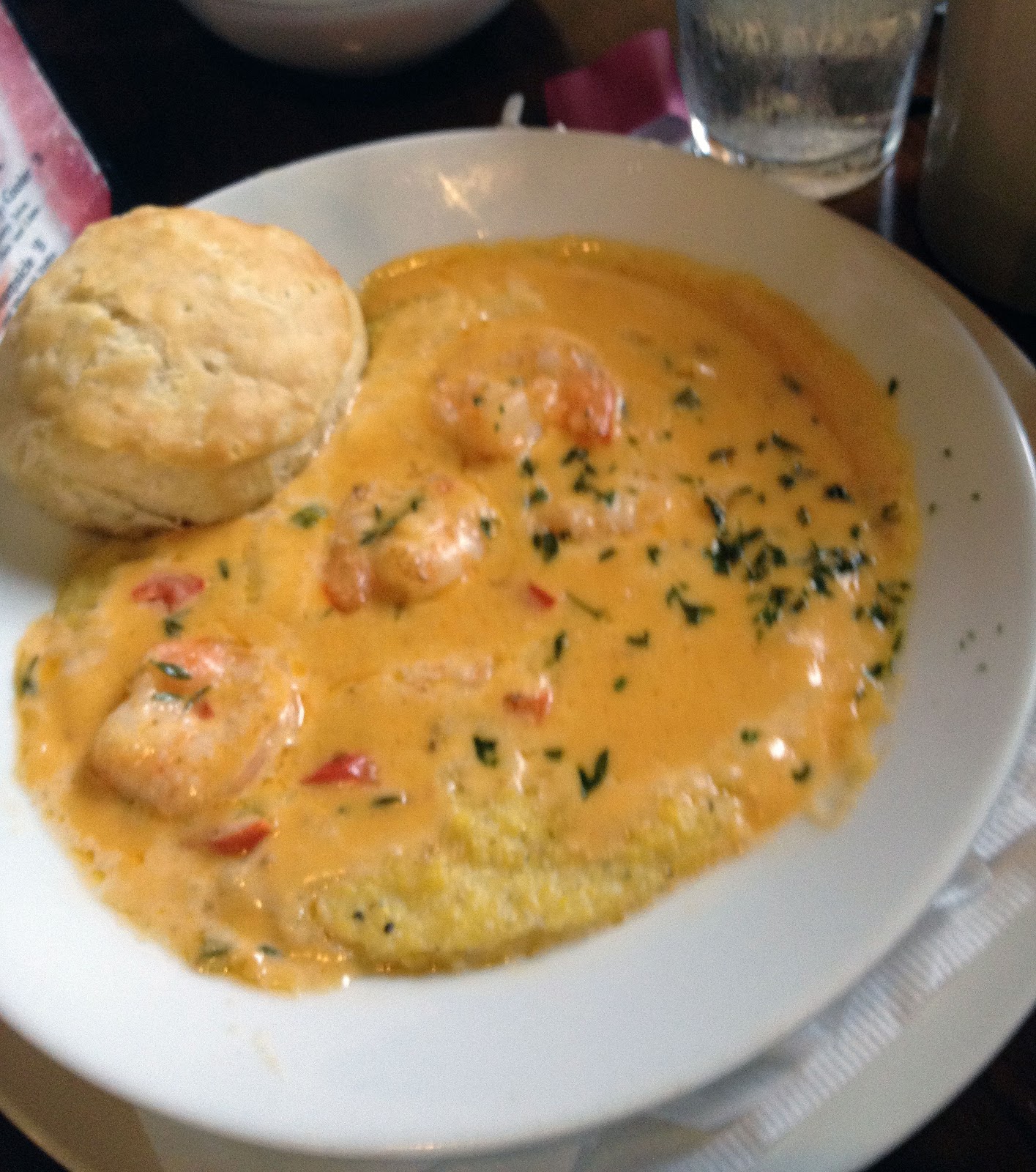 We lingered over our empty plates chatting and finishing our drinks as owner and originator Desmond Eastmond told us how the infused-waffle came into being. His unassuming personality and sincere interest in our honest opinions was as refreshing as the Summer rain that continued to pour from the sky outdoors. We reluctantly took our leave, promising to return to try the lunch and dinner menu items.

Breakfast is served all day at Infusion Bistro leaving no excuse for you not to try these amazing waffles. Bottomless Mimosas and Red Sangria are served all day Saturdays and Sunday, and don’t miss the weekly “Say Word” event with poetry, music and live art every Tuesday at 8:00pm.


While the menu items we sampled were complimentary, the opinions included herein are honest and unsolicited.