The phone rings. After quick hellos, entertaining expert, Beth Peterson introduces herself and says that the "Cookoff Before Kickoff" team sponsored by Coke Zero would be in Atlanta for the SEC Championship Game and was looking for a Atlanta food bloggers to help celebrate all that tailgating is in Atlanta. They would also like a local blogger to cook a dish in their home with her for a video segment. Barely had the words left her mouth when I replied, “I’ll do it.” 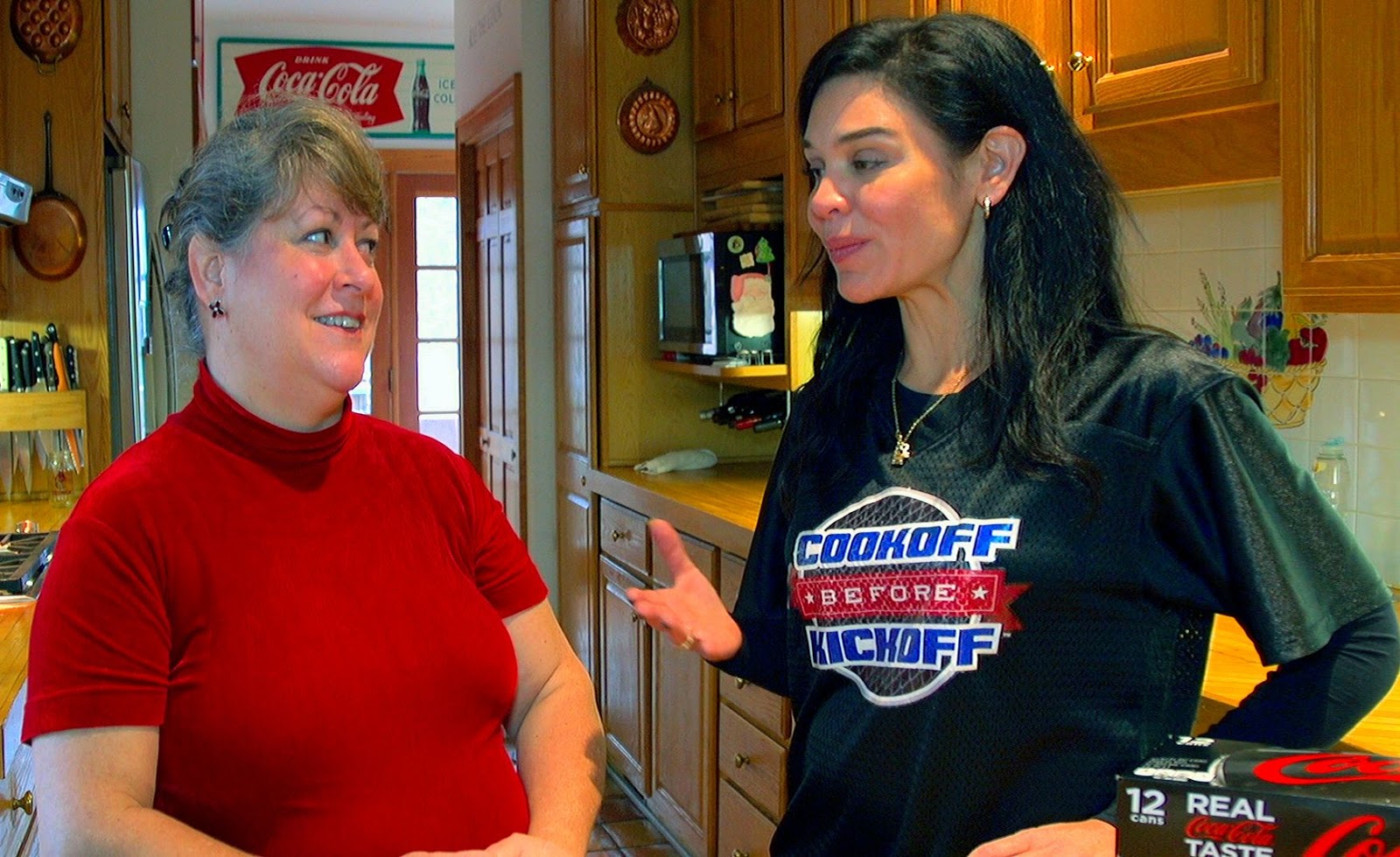 Having no idea what to expect, I made sure that the kitchen was immaculate (even more so than our usual spotlessness) and waiting for the entourage to arrive. The house was fully decorated for the holidays so I felt good about the seasonal backdrop. I was surprised (pleasantly so) that the “film crew” consisted of Beth; Bret, the cameraman; and, Larry, the “PR guy.” Beth brought supplies and we immediately set to work making “bacon jam” that would accompany pimento cheese crostini that Beth planned to serve at the rivalry recipe match-up that evening to represent the regional cuisine of Alabama who would be battling Missouri for the SEC title at the Georgia Dome on Saturday. 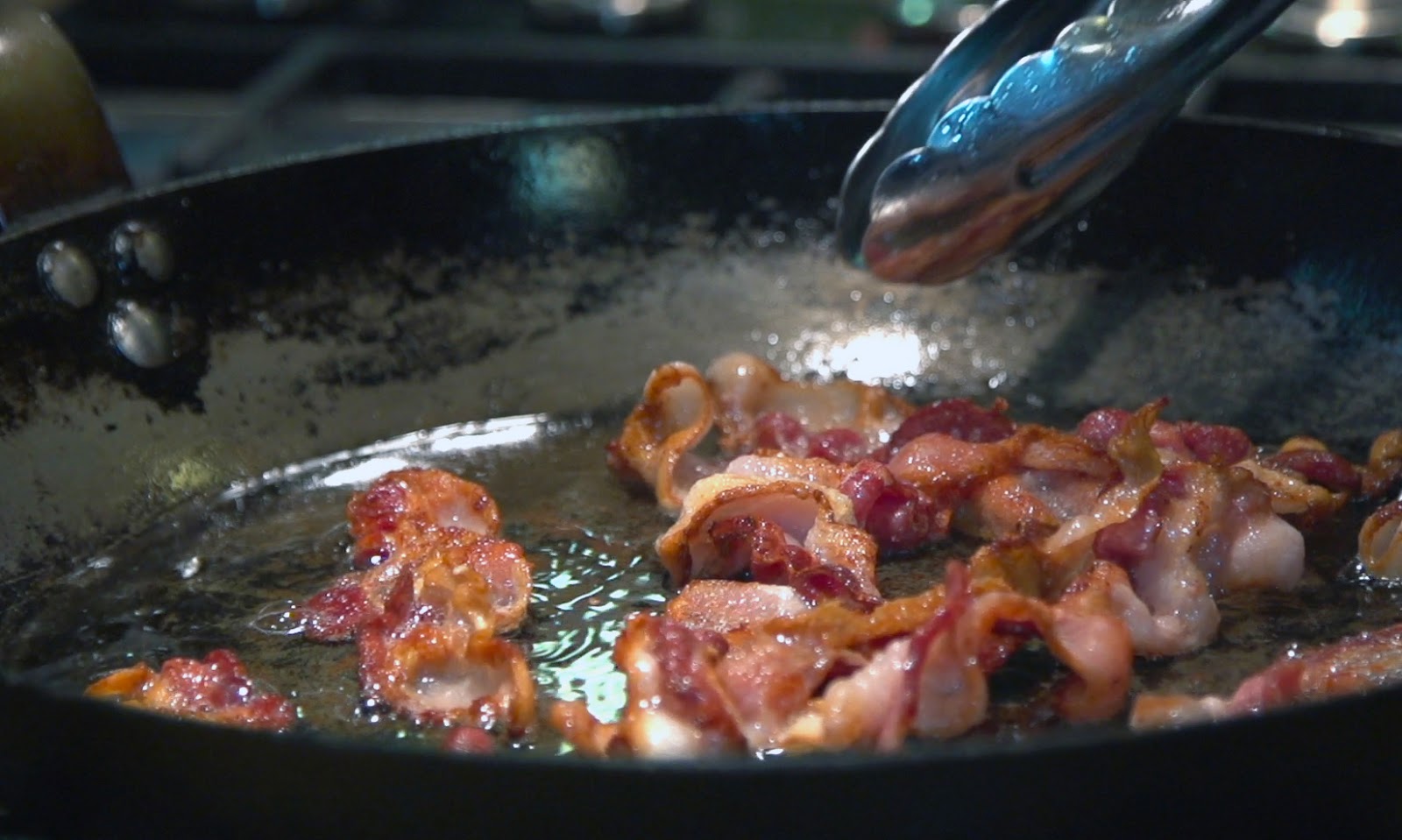 As we cooked we chatted and Bret filmed, stopping us occasionally to get a better angle or to rephrase the wording of a particular take. Before I realized an hour and a half had flown by! Beth and Larry had more work to do before the evening’s festivities and Beth left me to finish the condiment to bring that evening.

I must admit that I have always been impressed to see “bacon jam” on a restaurant menu; it sounds so impressive and intimidating. Yet, like with most recipes, it is relatively easy to make. 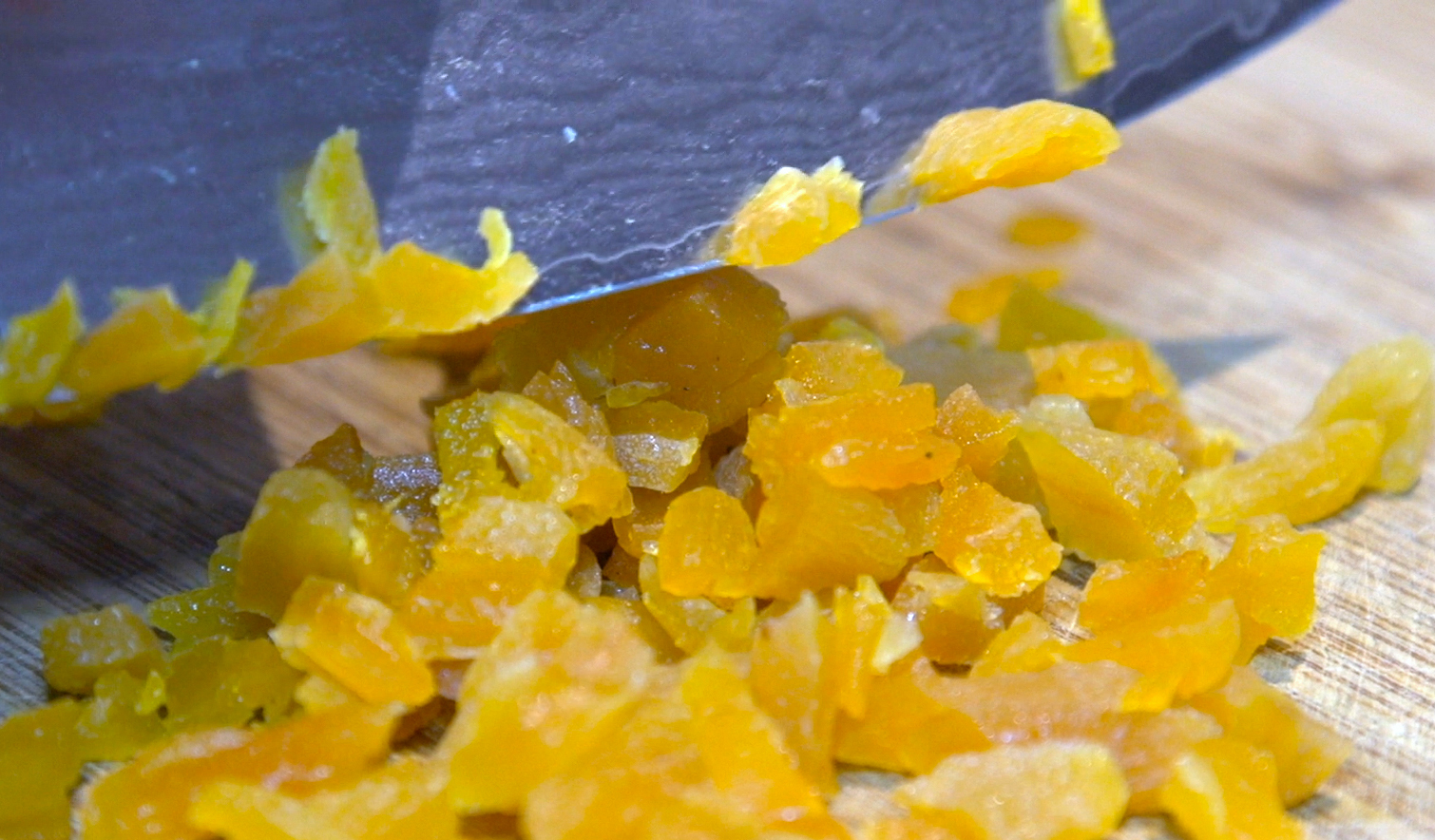 Cook bacon until crisp and remove from pan onto paper towels to cool. Drain excess bacon fat into a small dish and reserve. Add chopped onions and minced garlic to the bacon grease remaining in the pan and sauté until onions are translucent. In the meantime, whisk together cider vinegar and brown sugar and add to the onions. 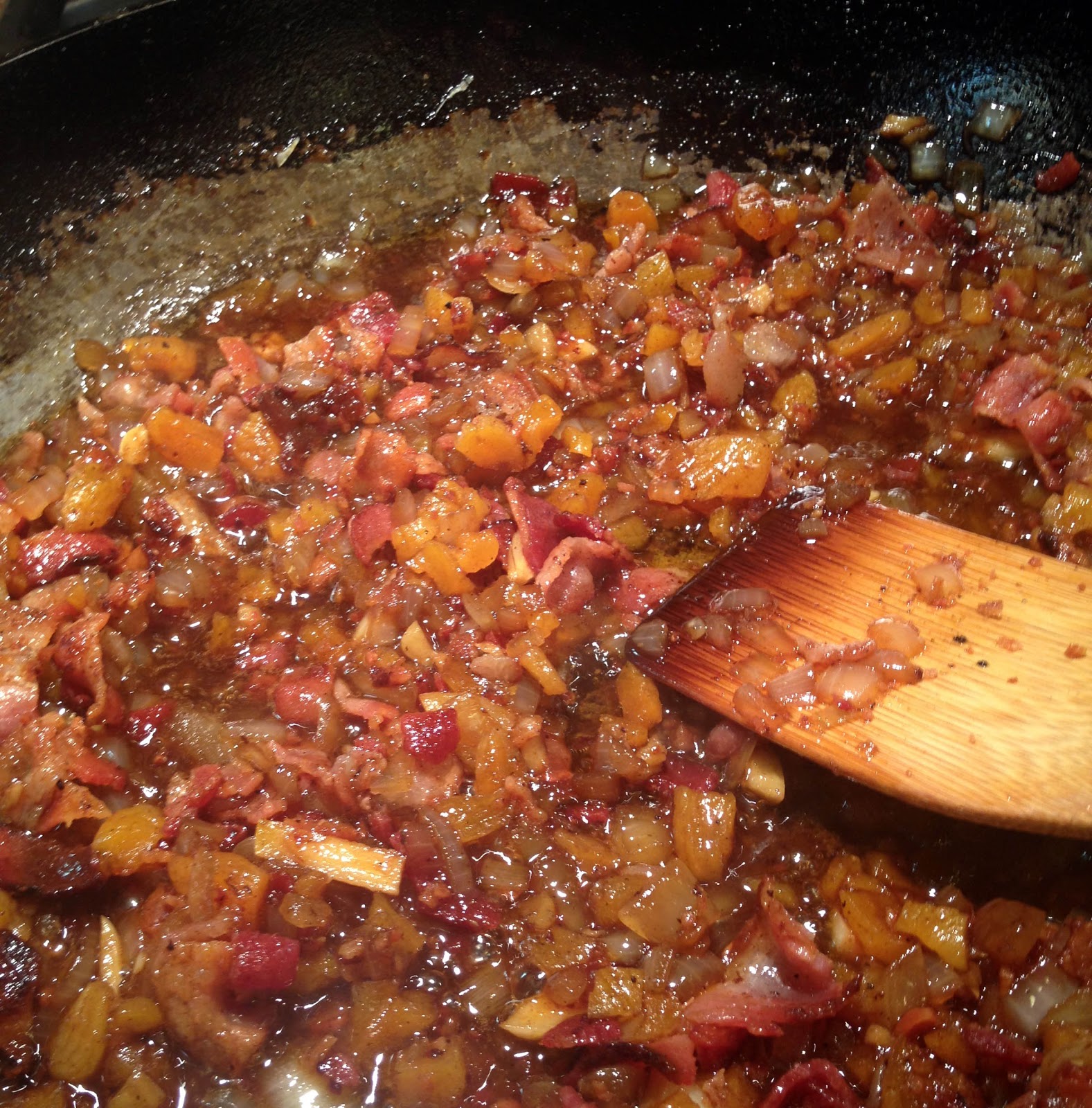 Once fully incorporated, add in the apricots and 1/3 can of the Coke Zero and bring to a boil. We used apricots because hey are the nearest cousin to peaches which are not in season this time of year. Roughly chop the cooled bacon and add back to the pan along with chipotles and adobo sauce stirring to combine. Reduce the heat and simmer until the liquid is almost evaporated, then gradually add more Coke Zero, and continue to reduce.

Continue until all of the Coke Zero has been added and evaporated. Allow the mixture to cool and then pulse in a food processor (about 10 pulses) until combined but still a bit chunky. Allow to cool completely as mixture will continue to thicken. Serve with pimento cheese and crackers… or just a spoon!

As promised, I resisted the urge to devour the entirety of the jam and delivered the amalgamation to the tailgate festivities as promised. As you can imagine, it didn't last very long! In fact, the bacon jam was gone long before the pimento cheese and well before the accompanying crostini!