Imagine my surprise to learn that there was an entire restaurant devoted to schnitzel! And, no, schnitzel is not a pop culture alternative to profanity; it is a boneless cutlet, pounded thin with a meat tenderizer, dredged in flour and beaten eggs, coated in breadcrumbs, and then fried. The perfect schnitzel is hot, crispy on the outside, and moist on the inside just like those found at Atlanta’s 7 Hens restaurants.

Recently, 7 Hens held the Grand Opening of their second location in Sandy Springs where we were invited to learn the art of making schnitzel with the owner, Michael Gurevich. Similar to the French dish escalope, schnitzel is actually quite popular in many countries, including Michael’s home of Israel where schnitzel is one of the most celebrated street food items. His goal is to establish chicken schnitzel as a mainstream food item as an alternative to burgers, pizza, and burritos. 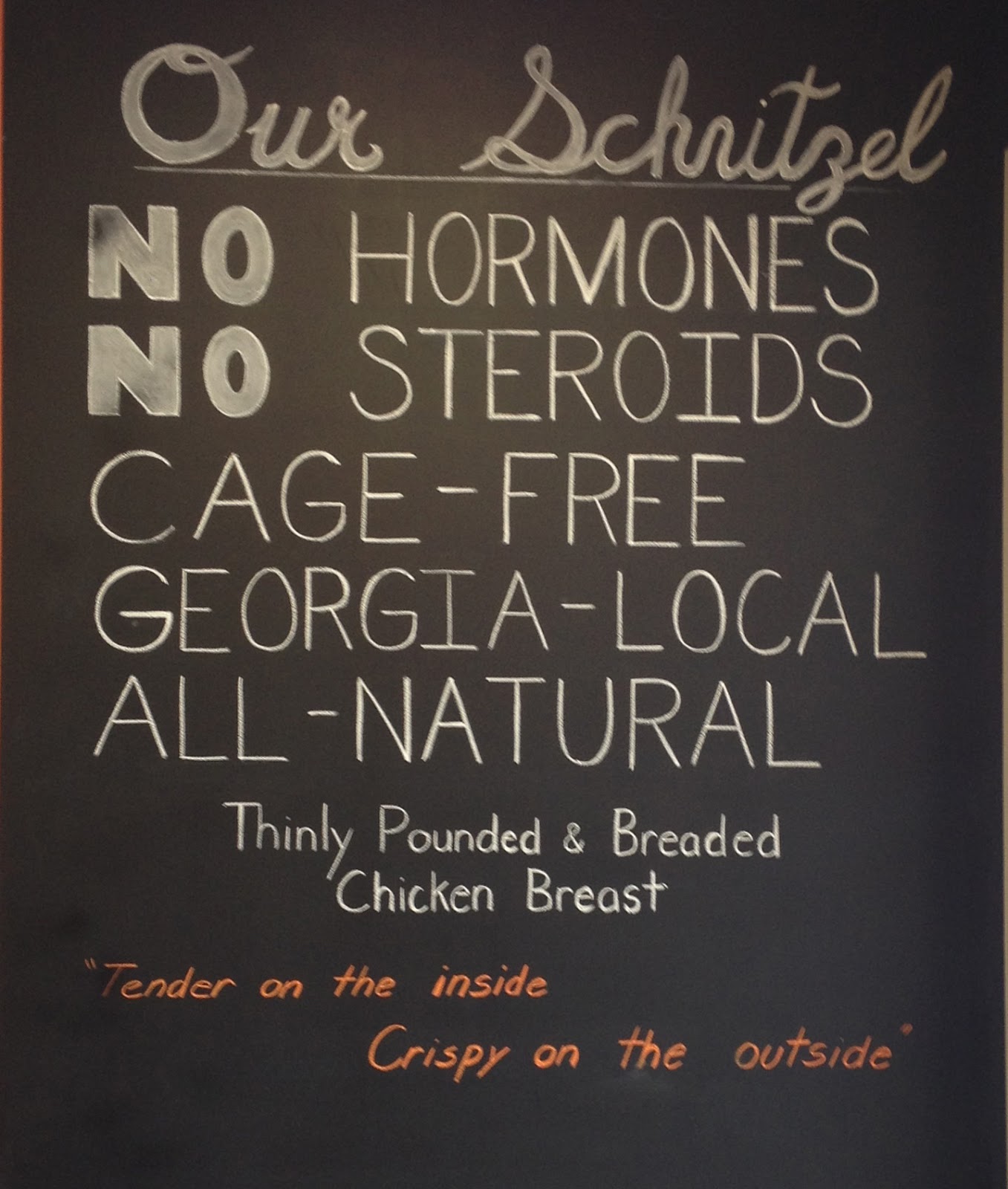 7 Hens uses locally-sourced, all-natural chicken from Mar-Jac poultry in Gainseville, Georgia whose chickens are humanely raised with no GMO, no steroids, and no antibiotics; it is also Halal which is a significant distinction as well as an homage to Michael’s homeland and culture. “We believe in honest food and use the finest ingredients including trans-fat free canola-based oil, making our all-natural schnitzel quite healthy,” he adds.

Wikipedia lists 41 different ways in which schnitzel is enjoyed all over the world. Michael actually knows over 200, but he offers seven standard flavor profiles in his restaurants: American, Mexican, French, Italian, Chinese, Indian, and German. A rotating monthly special features schnitzel from other countries such as Greece, Thailand, and Jamaica. 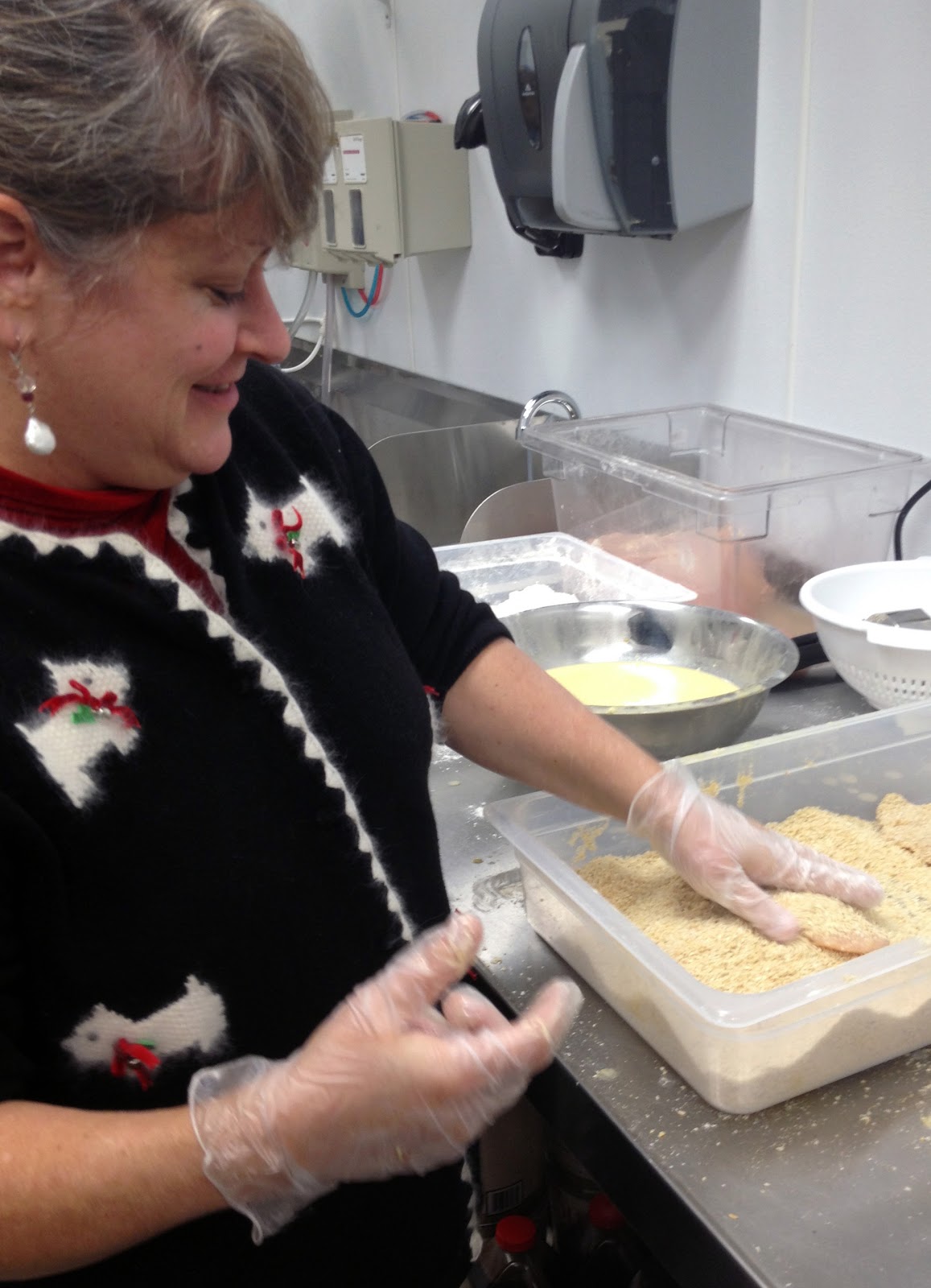 Making schnitzel is not complicated. There are, however, some important factors that affect how crunchy your schnitzel will be. The crunch defines the schnitzel so understanding how to make a crunchy schnitzel will help you achieve the most satisfaction:

1. The thinner the chicken cutlet, the crunchier the schnitzel. By pounding out (and tenderizing) the chicken, the more breading per bite relative to meat, thus more “crunch.” Over flattening your cutlet will cause the flavor of the protein to be lost. While pounding out the chicken sounds like an easy task, it took several attempts before I had achieved the “perfect” technique.

3. There is an art to coating the cutlets: First they are dragged through seasoned flour, and then quickly dredged in an egg wash before lastly being coated in the magical breading mixture.

4. Proper frying is essential. Obviously, the longer the frying time, the harder the crunch is. Color is the best indicator; you want a beautiful, dark golden brown schnitzel. Not yellow, not orange; Golden Brown. There is definitely a learning curve to cooking schnitzel; my inclination was to pull the schnitzel out of the oil before it was done. Patience is key. 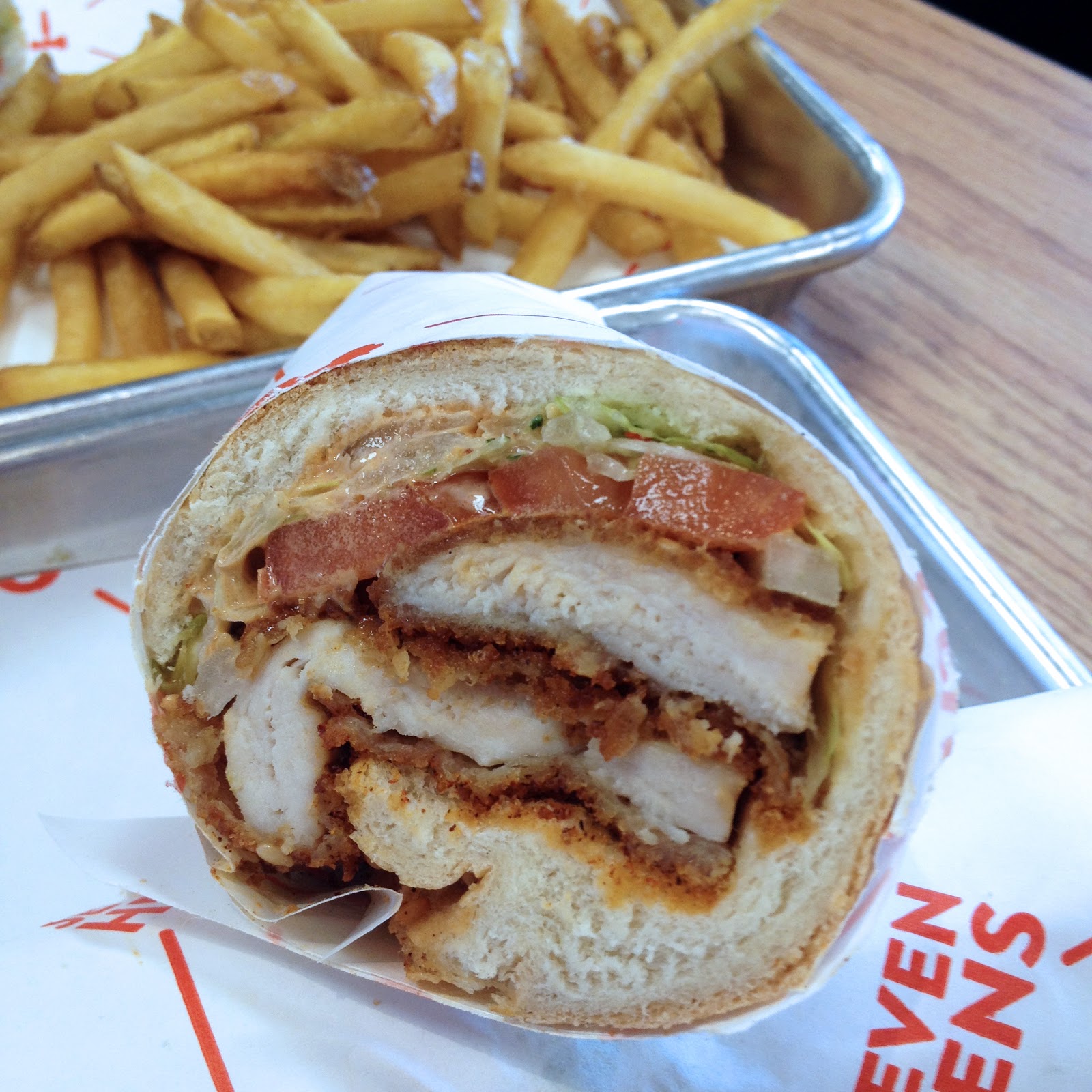 5. There is a trick to cutting the schnitzel for your sandwich. The cutlets are not a uniform size or shape depending on the lobe of the chicken breast and how it was pounded. Look for the best way to cut the shape to achieve two equivalent halves. This ensures that you have equal amounts of meat on both sides of the sandwich. Once your bread with its sauces and toppings are ready, the cut pieces are placed in the sandwich cut-side facing inward.  The sandwich is rolled in paper before being cut in half to keep all the fillings inside.

6. Eat it while it is hot! Schnitzel loses its crispiness the cooler it gets. Besides, it looks and smells so good you will want to devour it immediately!

We had so much fun and learned quite a lot. Special thanks to Michael for being such a gracious host and for his sharing his expertise in making the perfect schnitzel. With his passion and skill, there is no doubt that schnitzel will gain its place in the hallowed halls of American foods.


While the food and beverage items we sampled were complimentary, I received no additional remuneration. The opinions included herein are honest and unsolicited.