A chef, a baker and a brewer throw a party… Sounds like the beginning of a clichéd joke, but it was anything but! Chef Christophe Le Metayer, Helen Cleveland of A Piece of Cake and Jason Santamaria of Second Self Beer Co. collaborated to create an evening of fine dining and creative competition. Brought together by Joe Salome of Social Joe Marketing, members of the Atlanta Food Bloggers’ Society were treated to an exclusive tasting experience.

While Christophe’s To-Go features freshly prepared gourmet meals available for pick-up at their retail locations, on this evening Chef Christophe and his team were cooking live in the demonstration kitchen at the Piece of Cake facility on Collier Road. He started us off with an amuse bouche of salmon tartare with crispy homemade rye toast and beer ice cream made with Second Self Red Hop Rye. Yes. Beer ice cream. It sounds weird yes, but the contrast in flavors and textures was terrific.

A Twisted Cheese Dip made with chorizo, saffron, chocolate, lime zest, chipotle and cilantro with a side of pita points and crudité came next. The dip, which was sublime with its layers of complex flavors, was accented wonderfully by the pairing of Second Self Beer Co.’s Red Hop Rye and its hoppy, robust flavor. The saffron and chorizo were definitely the stars of this amazing dip! 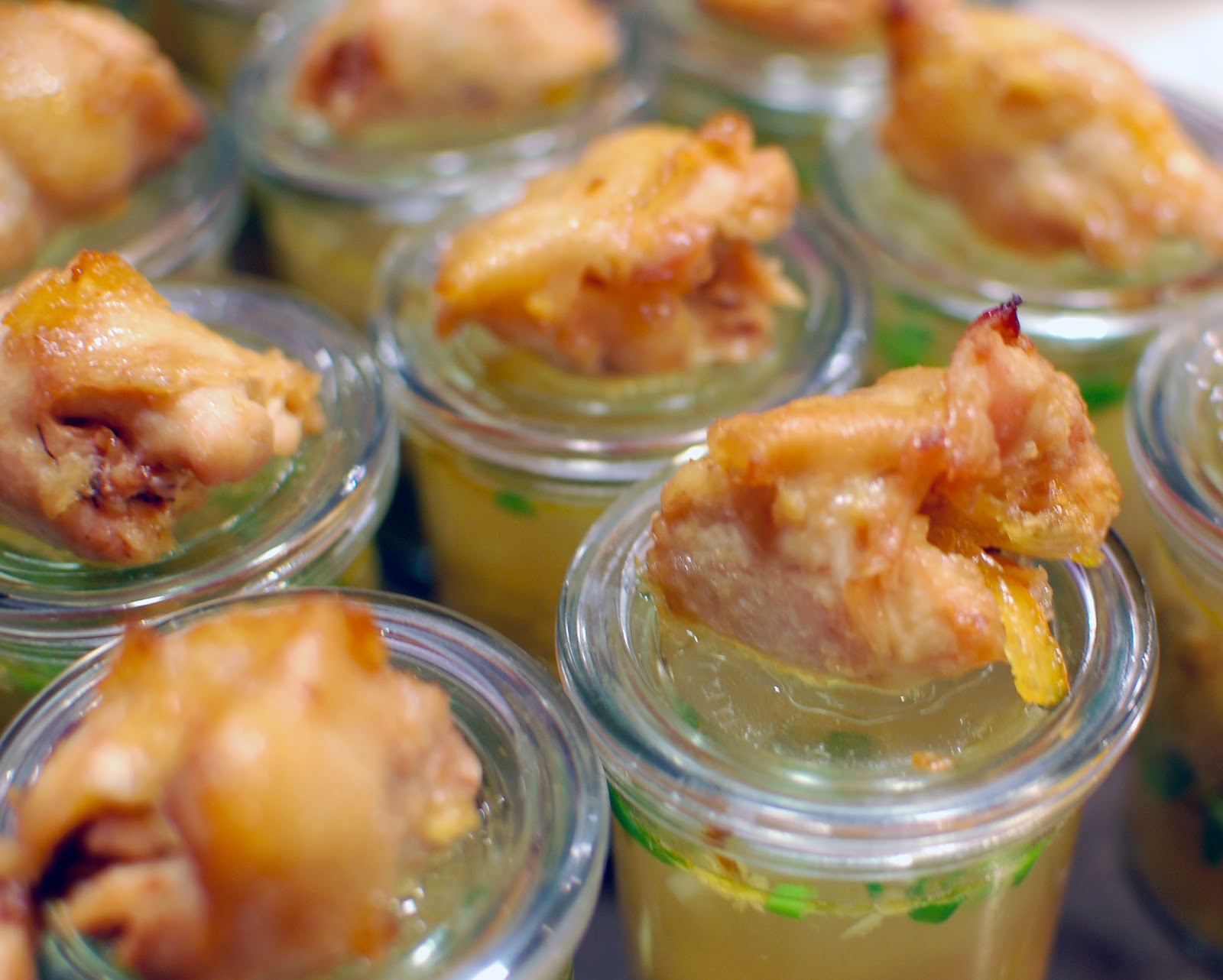 The Thai Chicken Soup was beyond good with chicken stock that was clearly made from scratch, coconut water, Thai chili, and Keffir lime leaves. The depth and richness of this broth is hard to describe, but left me longing for more (lots more.) The soup was served with crispy, slightly sweet Stuffed Chicken Wings, which sound odd, but were moist pieces of chicken wrapped around a coconut, lemongrass and fresh ginger filling. The Thai Wheat Beer (infused with gangal and lemongrass) pairing was again an incredible match to the dish.

Chef Christophe’s Belgium Paupiette of Braised Pork Cheeks wrapped in cabbage with glazed apples and endive with massaged kale leaves was proof positive of his culinary expertise and skill. The delicate pork with the mildly bitter endive and somewhat sweet apples worked in harmonizing tandem right alongside its dry, citrusy Saison pairing.

Second Self Beer is one of city’s newest beer breweries. And, while I have never been much of a beer drinker, but the beer pairing with the dishes were nothing short of genius. This became even more evident when it came time for dessert.

The fine ladies of a Piece of Cake provided a selection of unfrosted cupcakes for us to decorate. Piece of Cake has been long been Atlanta’s premier cakery for over 30 years tempting residents with cakes, cupcakes, brownies, cookies and even their own line of ice cream. 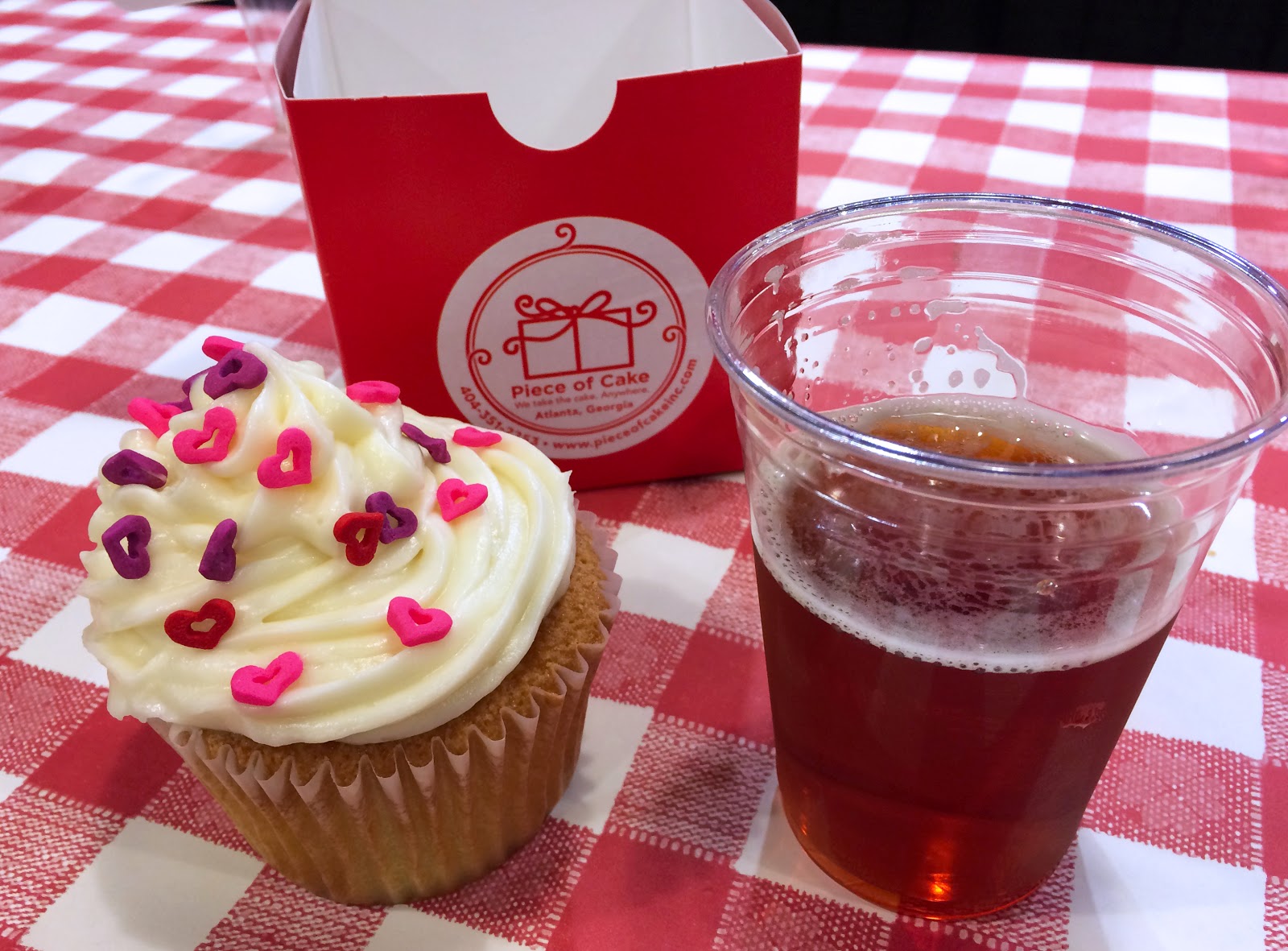 I selected a white chocolate version and topped it with rich buttercream frosting and tiny heart sprinkles before devouring it with an accompanying glass of Second Self’s Bleeding Heart inspired by the classic Southern red velvet cake and brewed with cocoa and vanilla. Needless to say it was heavenly!

We all left with full bellies and goodie bags of cupcakes, but not before vowing to visit each of our hosts in the very near future. Special thanks go to Joe Salome of Social Joe Marketing for bringing these fabulous purveyors of delicious food and drink together under one roof.