Technique of the Week: Broiling

Broiling is a quick, high-heat cooking method that exposes food directly to very high heat. This cooking method works best with tender cuts of meat and less tender vegetables. Basically an upside-down grill, broilers are generally the same device that heats up your oven, often at the top of the oven, though in same cases the heating element is at the bottom of the oven and broiler can be in a separate drawer below the oven. 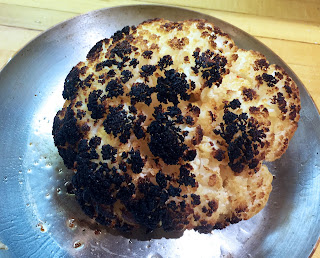 The single broiling element provides intense, consistent heat over a large surface area without needing to heat the entire. It only takes a few minutes to pre-heat the broiler. The basic idea is to have the item about 3-5 inches from the surface of the broiling element to cook the item to a crusty, caramelized, slightly charred exterior. Broilers often have no heat setting which means controlling the intensity of the heat by moving the oven rack closer or further away from the element.