Making Your Own Yogurt at Home

In the late 1970s, my Mom received a Salton yogurt maker as a Christmas gift. I remember thinking at the time what an ironic gift as she detests yogurt, however, Dad loved it and would eat it every morning for breakfast given the option. Thus that little 5-cup appliance became the workhorse of the kitchen for many (many) years. We lived in the boonies which at the time made shopping for fresh yogurt a chore, but with the purchase of one container of plain yogurt and a large box of instant nonfat dry milk, Dad had yogurt for at least a month or longer.

Recently a friend told me she had made yogurt and was in love with the taste and texture. She had made her batch using the oven light to keep the yogurt incubate the cultures overnight. Brilliant. Dom eats the small fruit-on-the-bottom cups of yogurt for breakfast each day and I like to use yogurt in smoothies; that’s a whole bunch of little yogurt cups… So I got online, did a little research and decided to try my own.

Here’s what I learned: 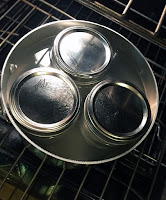 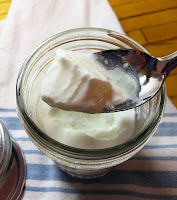 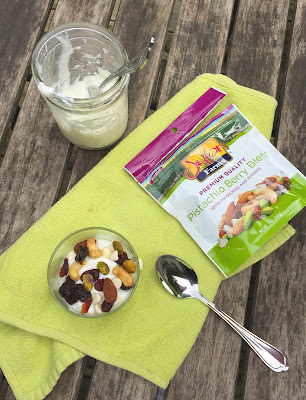 The newly made yogurt was begging to be eaten which provided me the perfect opportunity to try Setton International Foods new Pistachio Berry Blend made with tart cherries and cranberries, roasted almonds, cashews, and of course, pistachios. A match made in heaven! The dreamy, creamy yogurt, crunchy nuts and chewy berries will most definitely be my new breakfast addiction.


While we received a complimentary sample from Setton International Foods, Inc., all opinions are honest and unsolicited.