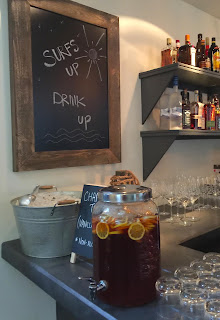 Out with the old, in with the new. That seems to be the current trend for Justin Anthony who has replaced two of Atlanta’s disused restaurants and remade them in his image. After opening Cape Dutch in the former Woodfire Grill space late last year, Anthony has done the same with his “Yebo” concept.

The grand opening event was the hottest party in town as the restaurant was packed with friends and fans waiting to get a sneak peek at the new digs. Yebo meaning ‘yes’ is an affirmation in South Africa, and this was certainly the vibe as drinks were flying from bartenders’ hands and plates of red bean hummus served atop carrot and cucumber slices, seared tuna with nori sheets, shiso leaves and wasabi aioli, spicy curried chicken skewers, peppadew fried mac & cheese, and langoustine ceviche with yuzu chili sauce (all items from the new menu) disappeared within seconds of leaving the kitchen.

Our favorite dish of the evening was a watermelon and fennel salad with feta cheese and oranges. In celebration of National salad month, we are thrilled that Yebo Chef Philippe Haddad was willing to share the recipe our readers. 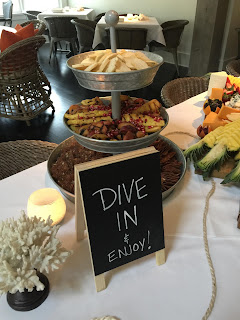 Cut the rind off the watermelon and then cut the melon slices into 5” round circles. Place in the center of a chilled plate. Drizzle vinaigrette over watermelon.

Toss shaved fennel, mint, feta cheese and orange supremes in the vinaigrette and toss lightly to coat. Pile the fennel salad on top of the watermelon slices. Drop balsamic reduction (artistically) around the watermelon on plate. Dive in!


While we attended the Yebo Beach Haus opening celebration free of charge, we received no additional remuneration and the opinions herein are honest and unsolicited.