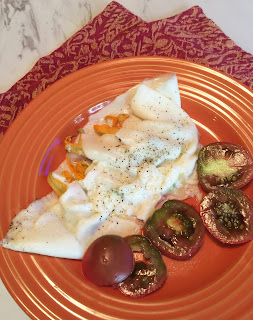 A single large egg is an abundant source of low-calorie protein, however the yellow center of the egg known as the yolk, contains 70% of your Daily Value for cholesterol. The egg white is the clear liquid found inside an egg which contains no cholesterol. Sometimes referred to as the albumin, egg whites protect the embryo in a fertilized egg and provide nutrients needed for growth and development. Egg whites are composed of approximately 10 percent protein and 90 percent water and provide more than 50 percent of the total protein found in an egg. A single egg white contains about 16 calories and 3.6 grams of high-quality protein.

We are sharing our recipe for an egg white omelet, yet we have discovered four great gluten-free frozen options from CedarLane: Green Chile, Cheese & Ranchero Sauce, Garden Vegetable & Mozzarella, Uncured Turkey Bacon, and Spinach and Mushroom. With 300 calories or less and around 20 grams of protein per omelet, the fast cooking time of about 4 minutes per omelet will make having a healthy breakfast doable when you don’t have time to cook. 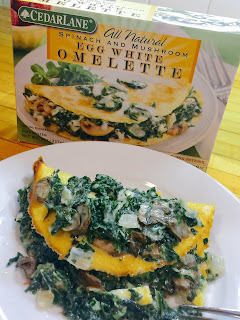 In a small mixing bowl, whisk the egg whites, water, and a pinch salt until frothy.

Lightly coat a non-stick skillet or omelet pan with cooking spray and heat over medium heat. Add the egg white mixture, swirling to evenly cover the bottom of the pan. Cook for 1 1/2 to 2 minutes or until set, using a rubber scraper to lift eggs up occasionally, letting runny egg flow underneath. 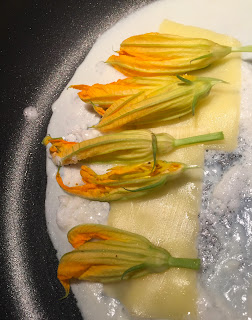 Lay the slice of cheese and the fresh vegetables (we used squash blossoms) onto half of omelet, fold over, and slide onto a plate. Sprinkle with salt and pepper. Serve with sliced tomatoes, strawberries or other favorite fruit.