In the Demo Kitchen with ONE.midtown Chefs 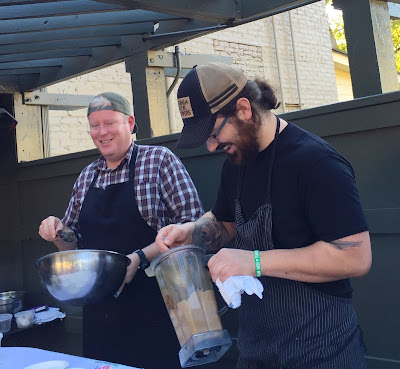 Each week from April to November, the Morningside Farmer’s Market hosts cooking demonstrations with some of Atlanta’s most talented chefs. This past Saturday, shoppers were treated to not just one, but two gifted chefs: Matt Weinstein and Christopher Maher of ONE.midtown kitchen.

While Chef Matt made an aioli with black garlic, Chef Christopher blistered green shishito peppers and tossed them with sesame seeds, unagi sauce and a chiffonade of cilantro. The combination of flavors was staggering. The charred peppers with fresh cilantro, and the umami of the aioli are the perfect representation of the chefs combined talents.

“I enjoy doing chef demonstrations because It's a fun way to get to know the people in the neighborhood and to show support for our local farmers and artisans,” shared Chef Christopher. “It also shows people that cooking is easy and fun. I hope visitors can take away a fun new cooking technique or recipe to try at home, adds Chef Matt. 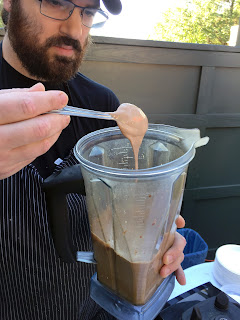 Place garlic, shallots, and port in a small saucepan, and over medium heat, cook until the shallots are softened and the port has reduced to about 2 tablespoons. Allow the mixture to cool. Place the garlic mixture in the pitcher of a blender, along with the egg yolks, vinegar and Dijon mustard, and then process on high for 30 seconds to completely combine.

Turn down the speed of the blender, and slowly drizzle in the oil to emulsify. You should be able to observe the mixture go from very liquid to think like mayonnaise. Season the aioli to taste with salt and pepper. 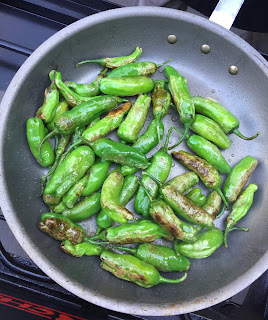 Heat oil in a skillet over high heat until shimmering. Add shishito peppers, and cook until softened and blistered (about 3-5 minutes).

Transfer the peppers to a bowl, and toss with sesame seeds, unagi sauce, chopped cilantro leaves and salt. 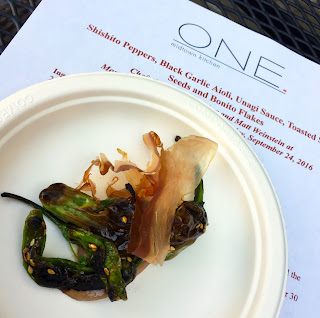 To serve, spoon a dollop of aioli on each serving plate, and layer 2-4 cooked peppers over the aioli. Sprinkle some bonito flakes over the top. Serve and enjoy!