Three words I hear in tandem very infrequently: you have won. Yet, last Spring I did win. When I received notification that I had won a trip for two to Little Rock, Arkansas from the Little Rock Convention & Visitors Bureau as part of their “16 Things to Do in Little Rock in 48 Hours” campaign, I was thrilled but, admittedly a bit nervous. Having never been to Little Rock, I had no idea what to expect! Now, I needed it to find an adventurous soul to go with me. I first called my sister on the off-chance she would accept. Surprisingly, she said yes, but the trip would need to be postponed until her busy season was over. 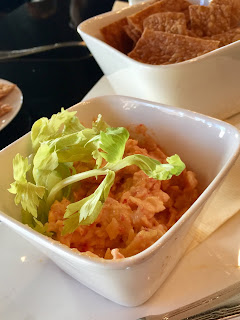 We finally agreed on dates in early October and plans were made. We each jumped on planes from our respective cities (Atlanta for me and Iowa City for her). We were greeted at the airport by the incredibly friendly drivers from the Capital Hotel where we would be staying. Upon arriving we were quickly checked in and escorted to our spacious and beautiful room.

After a quick lunch at the Capital Bar & Grill to get the lowdown on the specifics of our itinerary (and to sample their superb pimento cheese and spiced pecans), Kelly and I hit the ground ready to explore. Although there is a streetcar that runs directly in front of our hotel, we opted to walk as the weather was clear and some exercise was welcome after our flights. We headed to the River Market where the food court vendors were setting up for the evening. We rambled down the street window shopping in the cute shops along River Market Avenue street and soon found seats in the Damngoode Pies & Brews where we sipped on some locally crafted beers.

We ambled back along the outskirts of the Historic Arkansas Museum where a pre-civil war neighborhood in enclosed in a white picket fence, including the oldest home still standing in Little Rock. This also the site where William Woodruff once printed the Arkansas Gazette. The extraordinary sculpture of a hoedown made of brushed steel is definitely worth a look. 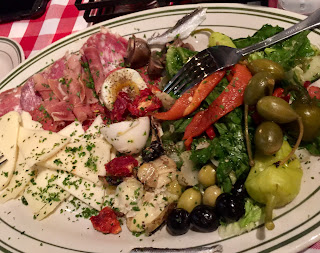 After a reservation snafu, we ended up at Bruno’s Little Italy. When the concierge from our hotel walked in behind us, we knew we had made the right choice. We were quite hungry after walking all afternoon and order some antipasti to assuage our hunger, along with our entrées of Veal Piccata and Chicken Vincenzo. The loaded antipasti platter alone was enough for dinner, but we ate everything with great abandon. Owner, Giovanni Bruno stopped by the table several times to make sure we were pleased with our meal which should have been obvious by our warm glows and satiated smiles.

After a good night sleep in our super-comfy beds, we were ready to explore more of Little Rock. We walked through Riverfront Park along the Arkansas River in the cool morning air to the William J. Clinton Library and Presidential Center where we walked through the timeline of President Bill Clinton’s term of office. We sat in the exact replica of his oval office and giggled as we at behind the reproduction “Resolute” desk that each president sits behind in the White House. 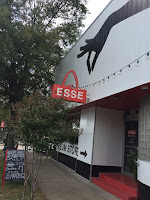 Next, we headed to The Heights neighborhood to do some shopping in the boutique shops along Kavanaugh Boulevard. We drooled over kitchen accessories in Eggshells Kitchen Co. and enjoyed the eye candy of Domestic Domestic before grabbing seats in the Heights Taco & Tamale for an early lunch of tacos and a trio of housemade salsas. From there we headed to the SOMA neighborhood to visit the Esse Purse Museum. This unique museum chronicles American history from the 1900s through ladies’ handbags and their contents. From the utilitarian purses of World War I with ration stamps to more lavish bags with combs, mirrors, lip gloss and cell phones of today. Just a few doors down is the wonderful antique shop, South Main Creative, with treasures old and new.

As we were early for the next item on our itinerary, we ducked into the interactive exhibit at Heifer International with many activities for school-age children to learn about sustainable farming efforts and food systems. We then sauntered over to Rocktown Distillery where we toured the facility learning how bourbon is made from ground corn and grains, distilled and aged in white oak barrels and bottled for distribution nationwide and abroad. 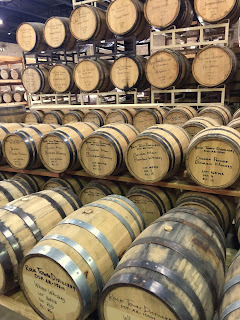 A tasting after the tour revealed the breadth of the distillery’s endeavors in making not only bourbon, but vodka, gin, and rum. Feeling the need for a beer chaser after our bourbon, we made our way to Stone’s Throw Brewery for a couple of cold ones. We decided to try a flight of their offerings and a cheese plate featuring Kent Walker artisan cheeses for a little nosh. The sour cider appealed to my palate while a robust stout was more to Kelly’s liking.

Back at the hotel, we glammed up a bit to head to dinner at One Eleven restaurant. We were quickly seated and the royal treatment began. Before we ordered, Chef Joël Antunes came to our table to introduce himself reminding me that he had once owned the acclaimed “Joël” Brasserie in Atlanta before landing in Little Rock. With so many fabulous dishes on the menu, it was very difficult to choose. We decided on stuffed mushrooms and a foie gras terrine as appetizers which the incredibly knowledgeable sommelier paired perfectly with Sauvignon Blanc and a Moscato respectively. Our main courses of Scallops and Seafood Risotto were masterfully prepared and matched with a dazzling rose. As if we had any room left for dessert, plates of crepe cake with Grand Marnier sauce and ice cream, and chocolate espresso semifreddo were devoured before we waddled up to the hotel’s mezzanine to enjoy some night air overlooking Markham Street. We were asleep before our heads hit the pillow… 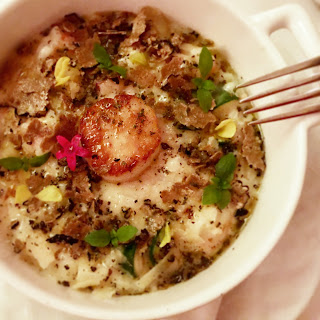 With morning flights leaving Little Rock, we got up early for one last stop at The Root Café for a quick homey breakfast. Good biscuits are hard to come by anywhere but especially in Iowa where my little sister would soon be heading. She opted for a biscuit with butter and jam while I had an egg and cheese added to my biscuit. A little crumbly, but not too dry; these biscuits were worth the trip.

All good things must come to an end, and we said our misty-eyed goodbyes before proceeding to the airport and back to reality with some souvenirs and fantastic memories. Many thanks to the Little Rock Convention and Visitor’s Bureau for an amazing experience and to the Capital Hotel for their exceptional hospitality.